‘We call them land yachts’: The wealthy are spending millions to travel in luxury RVs this summer, and it’s reshaping the entire look of high-end travel 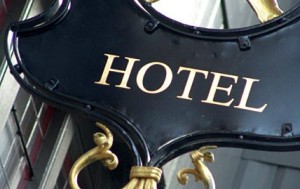 In general, lifetime status usually requires such a high threshold that you would wonder why such a person would ever want to set foot in another hotel ever again if they did not have to!

Despite that, I thought it was worth running through the various options.

Even tougher, the 10 years of Diamond status must be full calendar years. If you earned Diamond status in June 2020, after a very busy first six months of the year, you have the status for the rest of 2020 and all of 2021.  However, only 2021 counts towards the 10 years you require.

World of Hyatt offers Lifetime Globalist (top tier) status to anyone who has earned 1 million base points.  This would require $200,000 of spending.

Further details can be found on the Marriott Bonvoy site here.

Or just get yourself the right payment card …..

The rationale for pushing for lifetime status is undermined by the fact that both Marriott and Hilton give out status via UK payment cards.

As you can obtain year-by-year Gold Elite status with Marriott Bonvoy for free with American Express Platinum – for as long as you keep your Platinum card – Lifetime Silver Elite and Lifetime Gold Elite are less valuable than they could be.

You can also achieve Gold Elite status by spending £15,000 per year on the Marriott Bonvoy American Express card.

Similarly, Amex Platinum also comes with Hilton Honors Gold status.  This is not as good as Lifetime Hilton Diamond, of course, but you still get the free breakfast benefit.

Whose lifetime are we talking about anyway?!

To be honest, lifetime status with airline or hotel chains has never appealed to me.  I would be happy to accept it as a by-product of stays I was doing anyway but would not chase it.

Ask the former ‘Lifetime Gold’ members of bmi Diamond Club if it was worth spending money chasing that status, which British Airways promptly scrapped after the takeover of British Midland.

Even when the company survives, your lifetime status can be downgraded.  American Airlines added a new status level, Platinum Pro, from 2017.  This pushed Lifetime Platinum status holders down the pecking order for upgrades.

How do you get British Airways Lifetime Gold status?

His first move on achieving it was to abandon British Airways on long-haul for what he considers ‘better’ airlines.  If Lifetime Gold did not exist he would definitely continue to earn 1,500 tier points a year to retain Galleries First access on short-haul, but that isn’t a problem for him now ….