IndiGo Expects Air Traffic to Return to Normal in 5 Months, Says There is ‘Sustained Demand’

Biman decides not to operate flights to Dubai, Abu Dhabi 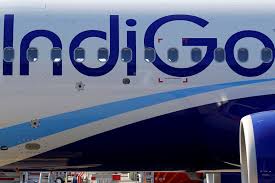 espite Covid-19 induced economic challenges, a senior executive of airline major IndiGo estimates a rebound in domestic passenger traffic within the next 5 months. Accordingly, the airline’s Chief Commercial Officer, William Boulter is encouraged by the fact that demand has sustained since the restart of operations on May 25.

Passenger air services were suspended on March 25 due to the nationwide lockdown to check the spread of Covid-19. Presently, airlines are only allowed to deploy 45 per cent of their total capacity to service domestic routes. Even with capped capacity, domestic airlines were able to ferry around two million passengers during the past one month.

“People travel for a number of different reasons, many of which can be seen as ‘essential’,” Boulter told IANS.

“The encouraging aspect right now is that demand is sustained over the past weeks since the restart, it was not a case of a few days’ pent up demand. Passengers are moving over all the routes we are operating, there is no particular pattern between metros or non-metros.”

The airline offers close to 350 commercial flights daily, due to the capped capacity norms.

At present, the aviation sector suffers from the fallout of Covid-19 outbreak and the consequent national lockdown which was implemented to curb the pandemic. Besides, the outbreak has induced economic contraction and heavily impacted the travel industry. Lately, national and international monetary agencies have cited a range of negative 4.5 to 5 per cent contractions in India’s GDP growth rate.

The sector is a high-frequency indicator of a country’s economic growth.

A rebound in passenger traffic and aircraft movement will be taken as a sign of an eventual revival in the overall economy. On international operations, Boulter said that restart is dependent on a number of factors but the airline is “ready and waiting”.

Last month, Directorate General of Civil Aviation (DGCA) had issued a circular extending the suspension on scheduled commercial international flight operations to and from India till July 15. However, Centre in the past has hinted at the prospects of bilateral bubble arrangements, which will allow some international operations between countries.

Apart from domestic services, the airline is operating several charter services each day, either as part of the Vande Bharat mission or for individual entities and corporations. The airline has also expanded its international and domestic cargo operations.

It has launched cargo operations to China, Singapore and Malaysia.

The move to haul cargo assumes significance as the airline has a massive domestic network and the largest aircraft fleet in India. “Cargo demand has been buoyant on many routes, owing to the lack of the normal passenger aircraft belly space, and has supported our ‘cargo-in-cabin’ charters, wherewith some minor equipment and procedural changes we have been able to carry significant payloads on our A320 and A321 passenger aircraft,” he said, adding, “since the end of March, we have operated well over a hundred cargo charters.”

IndiGo has deployed 10 aircraft for cargo operations. In addition, the airline has come out with an instalment-based ‘Flex’ ticket payment option.

Under the scheme, passengers can secure their bookings by paying only 10 per cent of the total fare amount and defer their payment on a domestic flight for a period of up to 15 days either from the date of bookings or before the date of departure.