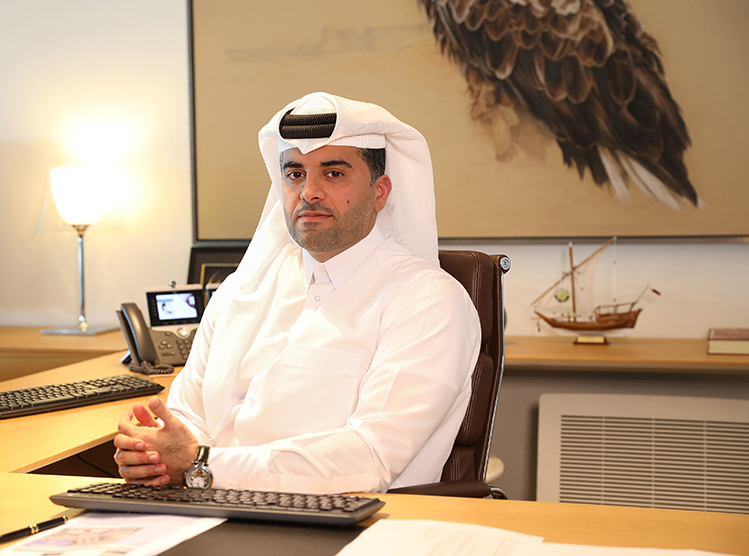 COVID-19 has presented an unprecedented global challenge, threatening lives, and the world’s economies. It has raised concern among world leaders, with aviation being one of the most impacted sectors. The pandemic has driven governments to restrict travel, while closing borders to contain the spread of the virus, resulting in challenges airlines have had to address, as they work to shield grounded fleets.

“Although nobody could have predicted the pandemic, global aviation hubs have been known to work ahead of time to develop strategic measures to combat emergencies,” says Engr. Badr Mohammed Al Meer, Chief Operating Officer, Hamad International Airport (HIA). “HIA and its home carrier Qatar Airways were no exception, and have emerged as prime examples during COVID-19. Both entities were faced with the challenges of maintaining partial operations under new health and safety regulations, and constantly evolving flight restrictions and border closures, while paring operations to the proper scale to meet a collapse in passenger demand and steep increase in cargo operations.”

HIA’s efforts were focused on rapidly identifying adaptable solutions, while mobilising all plans from curbside to gate. Meanwhile, Qatar’s airport concurrently kept all stakeholders consulted and informed, while ensuring that employees were properly trained and were provided with a safe environment. “HIA soldiered on to continue providing uninterrupted operations, to respond to the need of the hour,” Al Meer comments. “One of HIA’s key concerns was the rising number of grounded aircraft. As the situation was fluid with countries closing borders gradually and enforcing restrictions, the number of grounded fleets continued to increase, reaching as many as 131 parked aircraft at one time. The grounded fleet consisted of various Qatar Airways operated aircraft types.”

It is important to note that HIA is also undergoing expansion work amid this crisis. Capitalising on the lull in operations, HIA continued to accelerate all its key projects, despite the hindrances it faced during the process. The current phase of the airport’s expansion is set to increase the terminal’s passenger capacity to more than 53 million passengers annually by 2022, in the build-up to FIFA World Cup Qatar 2022.

“The massive scale of work led to the closure of one of two runways at the airport, as significant parts of the apron were handed over to various contractors, thereby further limiting HIA’s capacity for the grounded fleet,” Al Meer explains. “Fortunately, since the beginning of the impact, Qatar Slot Coordination encouraged airlines to cancel unused slots to have a clear picture of the expected reduction in demand. The airport further conducted a demand/capacity analysis to identify the number of aircraft that would be allocated long-term parking at Doha International Airport (DIA), Qatar’s older airport, and at HIA, to minimise the negative impact on the day-to-day operations.”

Furthermore, to address the duration of the grounding, HIA decided to avoid parking aircraft on non-concreted areas to prevent surface undulations as temperatures were starting to soar. HIA’s contingency plan played an integral role at this point as it catered to every scenario. “Considering HIA did not exceed its commercial capacity of 97 stands, the airport utilised non-commercial and non-standard parking areas instead, to accommodate the long-term parking demand,” says Al Meer. “HIA’s Airside Department’s exercise to come up with a combination of standard parking positions, as well as taxiways that could be used for aircraft parking, proved to be useful as well.”

HIA was also responsible for the safe parking of aircraft while ensuring there was no space wastage. The airport had to park the aircraft at unmarked positions, to simultaneously allow maintenance activities to be performed. Furthermore, Qatar Airways’ thorough and strict maintenance plans posed an additional challenge for HIA to consider. “Despite the challenges, and a considerable amount of towing of aircraft, the teams worked together to meet the necessary standards,” says Al Meer.

As the number of grounded aircraft at HIA kept increasing, DIA, Qatar’s older airport, was able to facilitate a large part of the demand in parking space. Due to DIA’s limited commercial operations, more than seven taxiways were closed at the old airport, while maintaining the necessary space for military and general aviation use.

“HIA’s journey amid the crisis became more challenging as requests for charter flights and excessive cargo demand increased,” Al Meer explains. “This complicated matters further, as a number of aircraft had to remain on standby condition. With Qatar Airways continuing its operations during this crisis to fly over 1.8 million people home and transport over 200,000 tonnes of essential supplies to impacted regions, an effective and quick solution had to be found.”

Previous articleBiman cancels all int’l flights except to Dubai, Abu Dhabi, London till July 30
Next article15 destinations that are reopening to American tourists