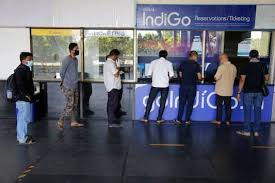 Private airlines like IndiGo and GoAir will play a major role in the fourth phase of the Vande Bharat mission as government has allowed certain private air carriers to operate repatriation flight to Middle Eastern countries. In a tweet on Sunday evening, the Civil Aviation Ministry said, “Private Airlines will have significant participation in Phase-4 of VBM. Among others, IndiGo will operate 238 flights from Qatar & 219 flights from Kuwait; while GoAir will operate 41 flights from Kuwait. Number of pvt carriers, flights & destinations likely to increase.”

The government started the mega mission to evacuate stranded Indians from abroad on May 6. While Scheduled international passenger flights have been suspended in India since March 23 due to the coronavirus pandemic, Air India has been operating international flights to move passengers willing to travel on paid basis.

However, Air India has been solely operating flights to all the countries and the demand has been increasing particularly from the Middle Eastern countries, hence the government’s decision to rope in private air carriers.

Air India is scheduled to operate 272 chartered flights to and from various countries in the third phase, which began on June 10 and will end on July 4.

The Directorate General of Civil Aviation (DGCA) said last Friday that it is extending the suspension of scheduled international passenger flights in the country till July 15, but added that some international scheduled services on selected routes may be permitted on a case-to-case basis.