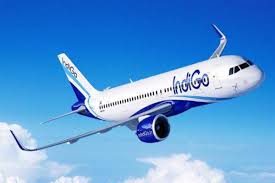 From July 3, India’s Vande Bharat Mission of repatriating Indians from abroad will enter the fourth stage of its operation that began on May 6. Amid allegations of monopolisation ahead of Air India’s sell-off, the department has given private airlines a major opportunity in the fourth phase. IndiGo and GoAir will play a major role in the fourth phase. “Private Airlines will have significant participation in Phase-4 of VBM. Among others, IndiGo will operate 238 flights from Qatar & 219 flights from Kuwait; while GoAir will operate 41 flights from Kuwait. Number of pvt carriers, flights & destinations likely to increase,” the civil aviation ministry had said in an earlier tweet.

The US Department of Transportation announced on June 22 that it has barred Air India from operating chartered flights between India and the United States from July 22 without its prior approval, in an apparent retaliation to the Indian government for not allowing American carriers to operate between the two countries.

On June 23, the Aviation Ministry said that it was considering establishing “individual bilateral bubbles” with the US, the UK, Germany and France, allowing airlines of each country in the pact to operate international passenger flights.

After nearly two months of suspension to combat the coronavirus outbreak, the government resumed scheduled domestic passenger flights from May 25 but in a curtailed manner and by placing lower and upper limits on airfares depending upon the flight duration.

The Directorate General of Civil Aviation (DGCA) said last Friday that it is extending the suspension of scheduled international passenger flights in the country till July 15, but added that some international scheduled services on selected routes may be permitted on a case-to-case basis.