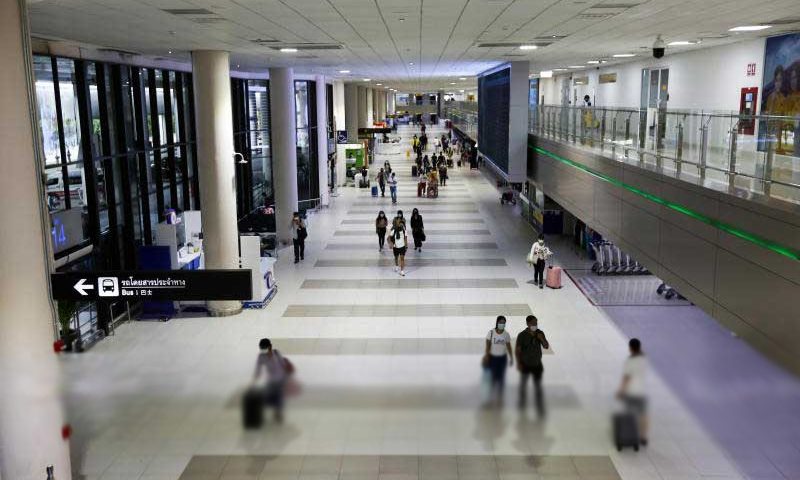 Thailand will lift a ban on international flights on Wednesday, its aviation regulator said on Monday.

The Civil Aviation Authority of Thailand (CAAT) said the ban on international flights will be lifted on Wednesday under some conditions.

Aircraft and persons entering Thailand must comply with the conditions, time limits and rules of the authorised persons under the Immigration Act, communicable diseases laws, air naviation law and the emergency decree, it added.

The annoucement came after the government earlier on Monday approved some foreign travel to the country including business travellers and foreigners with spouses, work permits or residency in the country.

The airports and airline industry bore the heaviest brunt from the ban in April before the CAAT allowed some flights to resume in May.

The Department of Airports said fewer than 5 million passengers have passed through the country’s 28 airports since the beginning of the year.

This represents a significant contraction compared to the same period last year, when 9.3 million passengers used the same airports.

Releasing the numbers for Jan 1-June 20, department director-general Kawee Kasisam-ang attributed the substantial drop mainly to the Covid-19 pandemic, which prompted border closures and the suspension of scheduled domestic and international flights in early April.

Mr Kawee said the 28 airports handled 4.2 million passengers from Jan 1-June 20, of whom 54% were on domestic flights.

With the lockdown being progressively eased in recent weeks, a limited number of domestic flights have have started slowly pushing up airport usage. A daily average of about 14,000 passengers have used the 28 airports since the latest, phase 4 easing of the Covid-19 restrictions was implemented on June 15.

The improved number, however, is a far cry from the daily average of 47,000 passengers who used the 28 airports in the same period last year.

The airports are currently managing a movement of between 70-80 scheduled flights a day, down from the daily average of between 160-170 flights in previous years.

CAAT, meanwhile, said the number of passengers using airports nationwide was 279,763 in the third week of last month, up 23.9% from the previous week.