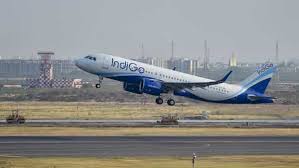 IndiGo had initiated 20-25% pay cuts for senior staff, including pilots, from May, in addition to a graded leave-without-pay programme for all its employees until July to save on costs following the coronavirus crisis which has hit the travel industry hard.

“The LWPs announced for July are meant only for pilots,” an airline official said, requesting anonymity. Pilots, depending upon their grades, will now have to take up to 10 days of LWP a month from July, the official added.

The domestic aviation industry is expected to incur losses of $3.0 billion to $3.6 billion in the June quarter, with airlines hit the hardest following a raft of restrictions and diminishing travel appetite because of the covid-19 pandemic, aviation consultancy Capa has said.

“IndiGo was one of the few airlines globally to give out full salaries in the months of March and April, despite business disruption. We employed the first pay cut in May, followed by leave without pay,” said an IndiGo spokesperson.

“Given the current capacity utilisation, we have had to announce further leave without pay for pilots, which is a temporary measure. It will be reviewed basis the changes in our operational capacity,” the spokesperson added.

Apart from IndiGo, other private carriers have also sent a large number of their pilots on leave without pay, as most airlines operate at just 20-25% of their capacities with muted demand given the relentless rise in cases.

Airlines are allowed to operate up to 45% of their total capacity on domestic routes, according to a government mandate.

Wadia Group-controlled GoAir has sent a large number of its pilots on leave without pay over the past couple of months.

Vistara has, meanwhile, initiated salary cuts for some its staff, and has reduced Base flying allowance (BFA) for pilots from 70 hours to 20 hours. The reduction in the allowance results in 15-18% impact on pilots’ total cost to company.

“This scheme does not apply to our pilots as their Base Flying Allowance was reduced from 70 hours to 20 hours earlier in May 2020 which continues till December 2020,” the spokesperson added.

IndiGo’s chief executive Ronojoy Dutta had last week told Mint that the airline has undertaken measures like negotiating better prices and terms with its partners, staggered pay cuts (for staff), placing discretionary expenses on hold and deferment of certain capital expenditure projects to save costs.