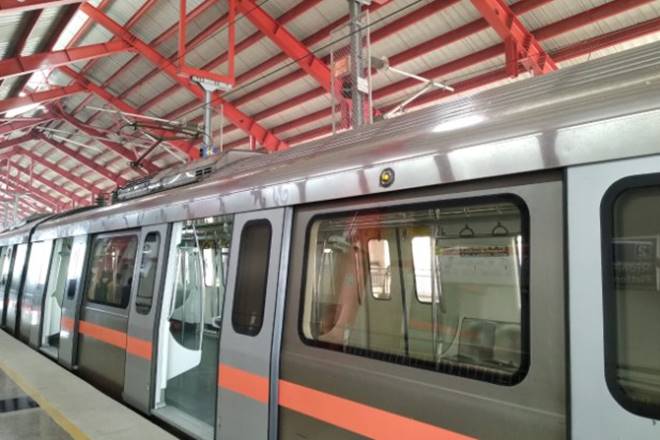 These 10 trains operate on the Delhi Metro Red and Blue Lines of the 389-km long network spanning Delhi-NCR.

Delhi Metro’s oldest trains set for a revamp! In a bid to bring uniformity in passenger experience across old and new corridors, Delhi Metro plans to completely overhaul 10 of its oldest trains within the next year. These trains were inducted way back in the year 2002. The Delhi Metro Rail Corporation (DMRC) has invited bids for “retrofit” work of as many as 74 coaches built in South Korea that make up the 10 train sets. These 10 trains operate on the Delhi Metro Red and Blue Lines of the 389-km long network spanning Delhi-NCR. At present, the Delhi Metro services are unavailable due to the COVID-19 pandemic. While the Centre is yet to approve resumptions of metro operations, a detailed SOP has been chalked out for managing services, according to an IE report.

As per the tender document, refurbishment work will be carried out at Delhi Metro’s Najafgarh, Shastri Park, and Yamuna Bank depots. There are more than 280 such metro coaches, making up nearly 70 trains, which have been functional since 2002. According to a DMRC official quoted in the report, metro coaches have a lifespan of around 30 to 35 years. But in order to ensure longevity, such mid-life interventions are needed to resolve issues arising out of prolonged wear and tear, he said.RELATED NEWS

According to the report, the overhaul will cover flooring, space between two coaches, CCTVs, interiors, display panels, charging facilities as well as safety systems including fire and smoke detection. The project is estimated to cost Rs 62.28 crore. The Pink and Magenta corridors, which were built under Delhi Metro’s Phase III expansion are equipped with features such as vibration and heat insulators, stretched digital display panels, USB ports for charging laptops and mobiles, etc. The old coaches of Delhi Metro, especially on the Red and Blue Lines, lack many of these modern features. Once the overhaul is complete, these coaches will also have CCTVs, panels displaying real-time train movement between metro stations, arrangements of the video feed being available inside the cabin of the train operators, among others.

Delhi Metro operations had started in the national capital in 2002 along the 8.3-km stretch between Red Line’s Tis Hazari and Shahdara metro stations. Now, the metro network has as many as 285 stations. The Red Line of Delhi Metro connects Rithala with Shaheed Sthal in Ghaziabad, while the Blue Line, which has two arms, connects Dwarka Sector 21 metro station with Noida Electronic City and Vaishali metro stations.

The lockdown period due to COVID-19 has also been utilized by DMRC to spruce up the AC system of more than 2,200 metro coaches, inspect as many as 1,100 escalators, and 1,000 lifts. Before the lockdown, such an extensive cleaning exercise could not be undertaken as trains run up to 20 hours a day. The cleaning exercise across the Delhi Metro network would result in a better AC environment in summers, according to a DMRC official. However, the nationwide lockdown has deprived Delhi Metro of revenues running into hundreds of crore, the report added.