Vande Bharat Mission phase 4: Air India to operate 170 flights to and from 17 countries between July 3-15 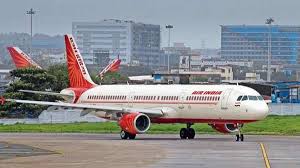 ir India will be conducting 170 flights to and from 17 countries between July 3 and 15 under the fourth phase of the Vande Bharat Mission, according to an official document. The government started the mission on May 6 to help stranded people reach their destinations using special repatriation flights. Scheduled international passenger flights have been suspended in India since March 23 due to the coronavirus pandemic.

Under the fourth phase of the mission, Air India will be conducting 170 flights connecting India with Canada, the US, the UK, Kenya, Sri Lanka, Philippines, Kyrgyzstan, Saudi Arabia, Bangladesh, Thailand, South Africa, Russia, Australia, Myanmar, Japan, Ukraine and Vietnam, as per the airline’s document accessed by the PTI. These 170 chartered flights under the fourth phase are scheduled to be operated between July 3 and 15, it stated.

A total of 38 flights and 32 flights will be operated on Indo-UK and Indo-US routes, respectively, as per the document. The national carrier will operate 26 flights between India and Saudi Arabia, it added.

Air India is scheduled to operate 495 chartered flights to and from various countries in the third phase, which began on June 10 and it will end on July 4. The first phase was from May 7 to 16, following which the second phase began.

The US Department of Transportation announced on June 22 that it has barred Air India from operating chartered flights between India and the United States from July 22 without its prior approval, in an apparent retaliation for the Indian government not allowing American carriers to operate between the two countries.

Therefore, on June 23, the Aviation Ministry had said that it was considering establishing “individual bilateral bubbles” with the US, the UK, Germany and France allowing airlines of each country in the pact to operate international passenger flights.ADVERTISEMENT

After nearly two months of suspension to combat the coronavirus outbreak, the government resumed scheduled domestic passenger flights from May 25 but in a curtailed manner and by placing lower and upper limits on airfares depending upon the flight duration.