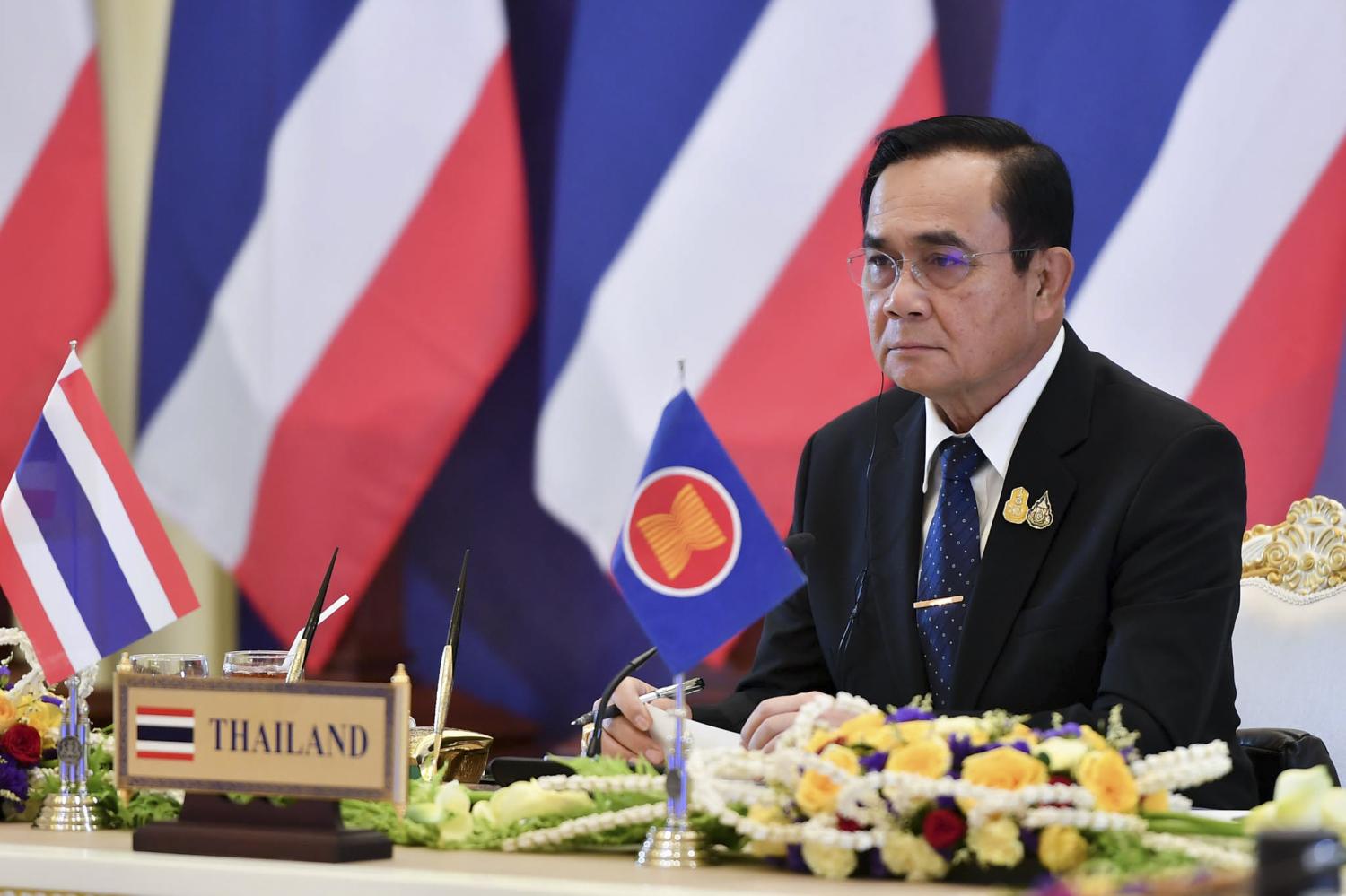 Thailand has called on Asean members to collaborate over public health in a bid to reopen intra-regional travel as part of post-Covid 19 measures to restore the regional economy.

It was among three proposals made by Prime Minister Prayut Chan-o-cha as he attended the Asean Summit held by Vietnam via teleconference on Friday. Also participating were leaders of the other nine Asean member states and Asean secretary-general Dato Lim Jock Hoi.

The summit also announced the official establishment of the Covid-19 Asean Response Fund in which Thailand will make a voluntary contribution of US$100,000 (3.1 million baht).

Gen Prayut said that the Covid-19 pandemic has transformed Thailand and the global community into a “new normal” way of life, while the world is also moving into a volatile geopolitical phase which has impacted international security and stability.

Asean should and must work together to counter geopolitical volatility by strengthening regionalism and the spirit of giving and sharing, as well as preserving Asean centrality in the regional architecture to avoid being forced to take sides.

The prime minister took the opportunity to propose three paths of action so that Asean can advance in the post-Covid-19 era.

The first proposal is to build a more connected Asean, Gen Prayut said. He urged member states to urgently connect up Asean by accelerating the implementation of the Master Plan on Asean Connectivity (MPAC) 2025 and promoting connectivity and green infrastructure development to create a seamless and sustainable grouping.

He also called on the regional bloc to consider shared approaches to easing measures that have become obstacles to travel in order to help restore businesses and people-to-people connectivity.

Gen Prayut suggested that an agreement be made by those Asean members which are ready to create a “special channel” for businessmen and people for intra-regional based on public health measures acceptable to all member countries.

The second proposal is to promote a stronger Asean by building strength from within through advancing economic integration and expediting the signing of the Regional Comprehensive Economic Partnership (RCEP) within this year so that Asean can recover economically.

Gen Prayut also proposed the promotion of investment in digital infrastructure as he said the the digital economy is key to increasing the value of Asean’s GDP.

Asean must also use technology and innovation to produce high-value goods and services that are environmentally friendly, in line with the “Business Model BCG”, which stands for Bio, Circular, and Green economies.

He called on Asean to prepare for volatility and challenges that could arise in the future.

He also expressed Thailand’s support for all three main pillars of the Asean Community Council to start developing a recovery plan in order to set out the path to “building immunity” for Asean in the future, and building upon the successes which Asean have collectively achieved.

The plan should cover the issues of health, food, human security and human rights problems.

The Covid-19 crisis has clearly demonstrated that Asean must assign importance to looking after all groups within the population, particularly the vulnerable such as migrant workers, he said.