Airlines to operate at 45% capacity

Vande Bharat Mission phase 4: Air India to operate 170 flights to and from 17 countries between July 3-15 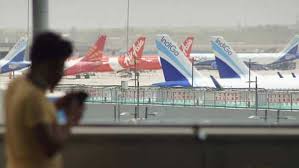 Domestic airlines, which were allowed to operate at up to a third of their total capacity when they resumed operations last month, can now increase the number of flights to as much as 45% of their capacity, regulator Directorate General of Civil Aviation (DGCA) said on Friday.

It isn’t clear how this will affect airlines as most of them are still operating at 20-25% of capacity with travel demand remaining muted because of fears of contracting covid-19 and the collapse of business travel.

Indian airlines resumed domestic operations from 25 May, after being grounded for two months during a government-backed lockdown to contain the covid-19 pandemic.

A top DGCA official said the regulator is currently working with airlines and airports to boost air connectivity.

Airlines could increase their capacity over the next couple of days, the official said, requesting anonymity.

“We are working on the schedule specific to different airports in the country and soon, we should be able to provide more connectivity to our citizens,” the official added.

The restrictions will not apply to international all-cargo flights, and those specifically approved by DGCA, it said. “However, international scheduled flights may also be allowed on selected routes by the competent authority on a case-to-case basis,” it added.

Earlier this week, the Centre had said that it was looking at the prospect of establishing individual bilateral bubbles, including on India-US, India-France, India-Germany and India-UK routes, where travel demand had not diminished, and the final decisions were expected to be taken soon.

The US department of transport had accused the Indian government of engaging in discriminatory and restrictive practices by leaving out American carriers from the government-backed Vande Bharat Mission (VBM) to repatriate stranded Indians from foreign countries, including the US.

The US had said that it would not allow Air India Ltd to operate any repatriation flights on India-US routes starting 22 July unless specifically permitted by the Department of Uransport.