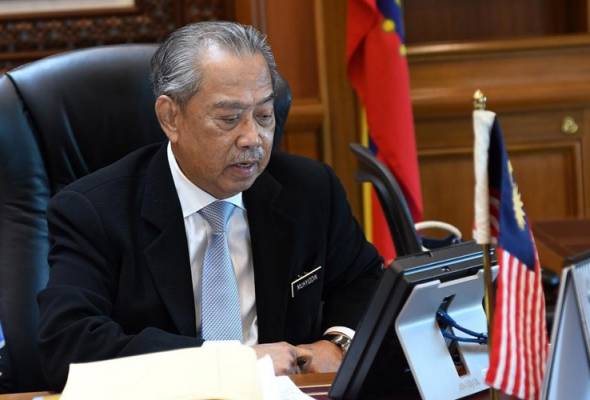 The Prime Ministers of Malaysia and Singapore have agreed that the reopening of borders should be done carefully following the Covid-19 outbreak.

Tan Sri Muhyiddin Yassin and his counterpart from across the Causeway, Lee Hsien Loong, discussed the issue through a phone call.

“Today, I contacted my colleague specifically to discuss the reopening of the border between the two countries.

“This followed discussions by Foreign Minister Datuk Seri Hishammuddin Hussein and Singapore Foreign Minister Vivian Balakrishnan on June 24, who discussed the same issue in depth,” he said in a statement Friday (June 26).

He said they agreed that the reopening of the country’s borders should be done carefully and in accordance with certain health guidelines and protocols to regenerate the economic and tourism sectors which would benefit both countries.

“We also raised the issue of ‘Periodical Commuting Arrangement (PCA)’ between Malaysia-Singapore, which, if implemented, would facilitate the movement of people between the two countries,” he said, adding that under this arrangement, residents of both countries can work in other countries for less than three months and will be allowed to enter their home country on vacation.

He said the proposal was in line with the government’s concern about the fate of Malaysians, especially those in Singapore, unable to return home due to stringent quarantine SOPs in both countries.

“We believe that issues pertaining to standard operating procedures (SOPs) and health protocols being refined at the level of the minister and senior government officials and health experts of both countries can support the proposed border reopening and be resolved in the near future while addressing people’s concerns.

“I ended the conversation by asking Lee to give due consideration to allowing Malaysians working in Singapore to commute to work every day,” he said, adding that any decision on this agreement however depended on the level of readiness of both countries, including the capacity of performing Covid-19 screening and swab tests.