After USA, UAE Objects to Mission Vande Bharat, Asks to Get Permission Before Flying In 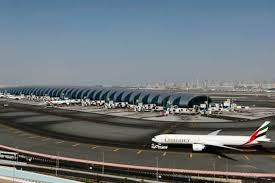 After facing backlash from the US over the Vande Bharat Mission being conducted by India, it is now the UAE that has come forward with similar objections. Recently, the United States had described it as “discriminatory and restrictive” of the Indian government to not allow American carriers operate chartered flights on Indo-US routes even though Air India was doing so under the Vande Bharat Mission.

This was followed by the US announcing that Air India will not be allowed to operate any chartered flight on Indo-US routes from July 22 onward unless specifically permitted by the US’ Department of Transportation (DOT). Post this, the Aviation Ministry had announced that India is considering establishing “individual bilateral bubbles” with the US, the UK, Germany and France allowing airlines of each country in the pact to operate international passenger flights.

Now, as per a report, UAE has barred Air India flights even if they are carrying UAE nationals from India. If anyone wants to fly from India to Dubai as part of the Vande Bharat Mission, then they have to take the approval of the Embassy of UAE in New Delhi.

The process for this can be undertaken by those who are holding a Residency Permit / Work Permit of UAE and have an approval from the General Directorate of Residency and Foreigners Affairs (GDRFA) applicable to Dubai. They will need to have specific approval from the UAE Embassy in New Delhi and their UAE Ministry of Foreign Affairs and International Cooperation (MOFAIC) in order to be able to take the repatriation flight, as per the Report.

Currently, Air India is seeking Dubai’s permission to carry on with the repatriation flights given the huge demand for the India-UAE route.

Previous articleThai Air Asia to resume all domestic routes, flights in July
Next articleEtihad to operate flights to 29 destinations from July 1