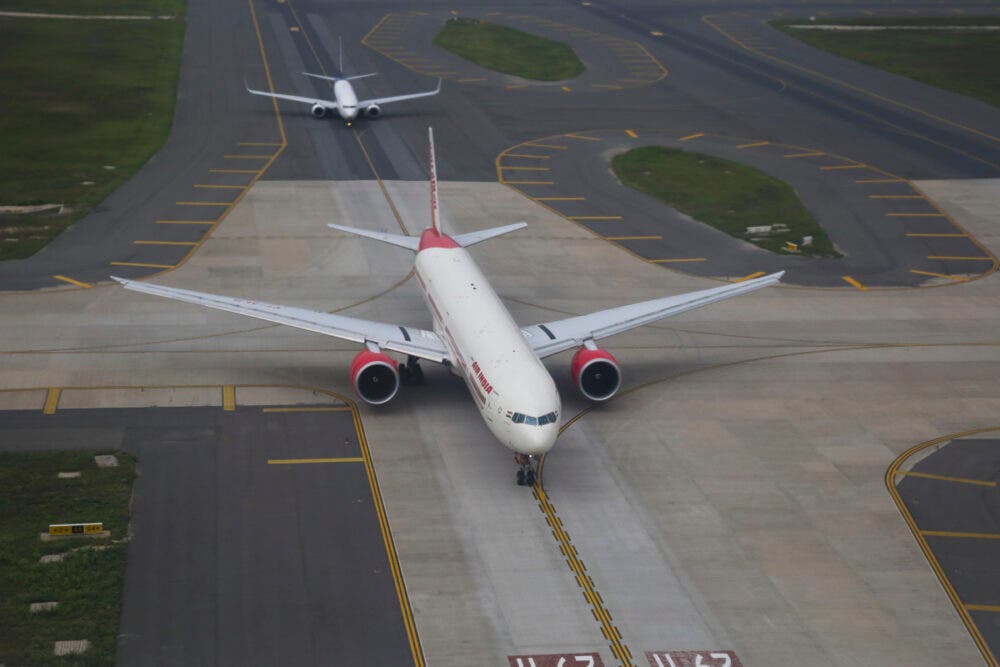 India could be looking to restart international flights in the coming weeks. The news comes as India will enter its second phase of easing restrictions and pressure mounts from citizens and countries. So, will international flying resume? And what routes will be first to open? Let’s find out.

India will announce its second round of easing of coronavirus restrictions next week, known as “Unlock 2.0”. According to sources, the government is considering opening select flight routes that are seeing exceptionally high demand. The guidelines for international flights, if they do come, will be announced on June 30th. International flights have been banned from India since March, with only repatriations taking place.

Some of the prospective routes being considered are flights from New York to Delhi and Mumbai. Along with this, the government is also considering flights to the Middle East, in a boost to private airlines. Under India’s Vande Bharat Mission (VBM), the US and Canada have been a key focus, while the Middle East has seen overwhelming demand.

India has been taking heat from a number of countries for its repatriation operation in the last week. The decision to allow passengers to book seats on the outbound flight, i.e. from India to a foreign country, has drawn criticism, since foreign airlines are banned from India. With foreign airlines banned, Air India has a monopoly over the travel in and out of India.

Both the US and France have taken action against Air India. France has banned the airline from bringing passengers into France, only allowing for repatriation of stranded citizens. In the US, the Department of Transportation (DoT) has said Air India will need to apply for permission before operating more flights, due to unfair competition.Advertisement:

The DoT also noted that Air India is operating 53% of its usual capacity, while US airlines are still at zero. The criticism levied is similar to that against China, although India is not operating fully commercial services.

The decision to consider flights from New York as the first routes could be a strategic move on India’s part. The New York-Delhi route is operated by United, while Delta operates the New York-Mumbai route. Delta had previously applied for permission to fly to India but did not receive it. If India does restart these routes, it could assuage DoT concerns and allow VBM flights to continue.

Demand for flights to resume

As the world slowly emerges from coronavirus lockdown, Indians now wish to return to their countries of work. Many are now looking to return to the Middle East, which is home to millions of Indians. However, demand for a number of countries, such as the US and UK, remains high as well. In light of this, the government is now reconsidering its flight ban. India is now looking to also form travel bubbles with a few countries to kickstart international travel.Advertisement:

However, India faces major issues. The country is currently facing the highest number of daily cases, topping 18,000 yesterday. If nationals do return to India too fast, it could overburden the medical and quarantine facilities, increasing the risk of imported cases.

If India does restart international flights in the next week, it could well be empty flights that only carry passengers outward. We will find out more about flights restarting on June 30th and will keep you updated with any developments.