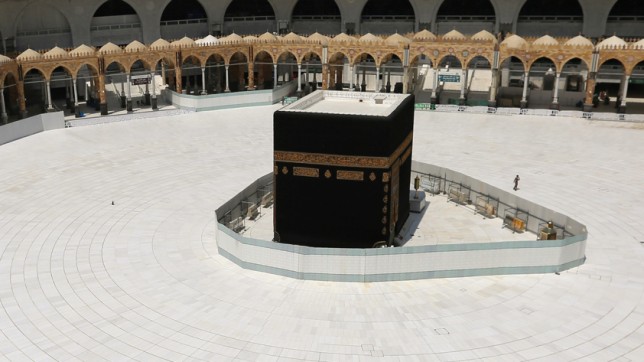 The Bangladeshi nationals who had already deposited money for pre-registration and for registration to perform Hajj under the government or privately and now want to withdraw their money will have to apply after July 13.

The decision was taken at an emergency virtual meeting today with the Religious Affairs Secretary Nurul Islam in the chair.

Top officials of the Cabinet Division, Prime Minister’s Office, foreign ministry, health ministry, passport and immigration department, civil aviation ministry, and Hajj Agencies Association of Bangladesh were present at the meeting among other departments and organisations.

“If the cost of the Hajj package increases or decreases in 2021, it will be adjusted with the current amount deposited by the Hajj pilgrims,” the secretary said.

Hajj pilgrims who want to withdraw registration money must apply to the religious affairs ministry online and their money will be refunded without deducting any service charge.

However, their pre-registration will be cancelled and they will have to pre-register anew for performing Hajj again.

On Tuesday, a Saudi minister said they would allow around 1,000 pilgrims residing in the Kingdom to perform Hajj this year, reported media outlets.

“The number of pilgrims will be around 1,000, maybe less, maybe a little more,” Hajj Minister Mohammad Benten told reporters. “The number won’t be in tens or hundreds of thousands this year.”

The pilgrimage, scheduled for the end of July, will be limited to those below 65 years of age and with no chronic illnesses, said Saudi Health Minister Tawfiq al-Rabiah.

The pilgrims will be tested for coronavirus before arriving in the holy city of Mecca and will be required to quarantine at home after the ritual, Rabiah added.

The decision marks the first time in Saudi Arabia’s modern history that Muslims outside the Kingdom have been barred from performing the Hajj, which last year drew 2.5 million pilgrims.

The decision came as Saudi Arabia grapples with a major spike in Covid-19 infections, which have now risen to more than 161,000 cases — the highest in the Gulf — with more than 1,300 deaths.