Emirates brings back A380 to London, Paris 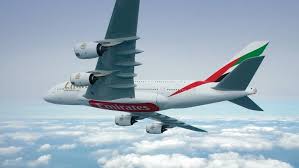 Emirates airline on Wednesday said it will operate world’s largest passenger aircraft Airbus A380 on London Heathrow and Paris routes from July 15.

“The A380 remains a popular aircraft amongst our customers and it offers many unique on-board features. We are looking forward to gradually introduce our A380 into more destinations according to the travel demand on specific destinations,” said Adel Al Redha, Emirates’ chief operating officer.

Saj Ahmad, chief analyst at London’s StrategicAero Research, said that despite the impact of Covid-19, Emirates has seen a sustained increase in traffic to these two key European cities where demand will support the deployment of the A380 and also allow for the airline to reposition its 777-300ERs onto other parts of its network as demand comes back.

“Critically, re-establishing the A380 fleet will depend not just on demand itself, but also where frequencies and slot preservation are in question. For that reason, it makes sense that Emirates is re-starting passenger services with 777-300ERs first. If capacity hits the buffers, then A380s can be brought in on a piecemeal basis,” he said.

In addition, Emirates has announced that it will commence flights for travellers to Dhaka (from June 24), and Munich (July 15).

This follows Dubai’s recent decision to welcome back business and leisure travellers from July 7. New air travel protocols have been put in place to ensure the safety of citizens, residents and tourists.

Emirates currently offers flights to over 40 cities, with safe and convenient connections to, from, and through its Dubai hub for customers travelling between the Asia Pacific, the Gulf, Europe and the Americas.