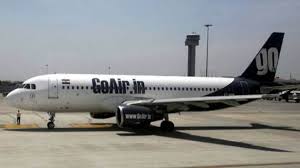 Low-cost airline GoAir on June 18 operated its first under the Vande Bharat Mission to get back Indians stuck abroad. The Wadia family-owned airline is now the third private carrier to participate in the Mission, which has been otherwise dominated by national carrier Air India and its unit, Air India Express.

GoAir’s maiden flight flew from Kuwait to Jaipur, via Ahmedabad.

“GoAir flight G8 7098 took off at 10:40 hours (local time) from Kuwait with 180 passengers aboard and completed its journey at Jaipur,” a GoAir spokesperson said.

The Vande Bharat Mission, which is claimed to be the biggest repatriation exercise in the world, is now in its third phase. Till now, over 2.5 lakh Indians have returned to India from abroad, the Ministry of External Affairs has said. Over four lakh Indians in total have registered.

The government had faced criticism from other players in the industry, over Air India enjoying a ‘monopoly’ over the Mission. But now in the third phase, the exercise will include about 30 flights from the private carriers, including IndiGo, Vistara and GoAir.

The third phase of the Vande Bharat Mission will be the largest, with Air India operating 203 flights out of India, an updated schedule from the national airline showed.

The third phase started on June 10 and will last till July 1. The schedule also has 356 flights, which include the return services and domestic connections.

While three private carriers getting to ‘participate’ in the exercise is a welcome move, said industry executives, they should be allotted more routes.”The private airlines don’t have wide-body aircraft to do the long routes, which can be done by Air India. But on the shorter destinations, private carriers should do more. This will only help in getting more Indians back home,” said a senior industry executive.