THAI may delay flights until Aug 1

Emirates Prepares Its First Airbus A380 For Retirement 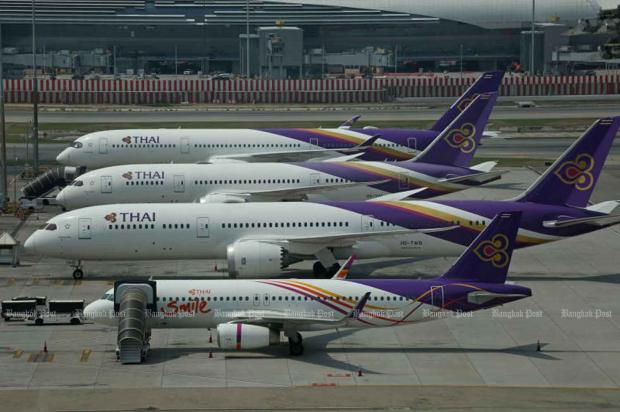 Thai Airways International (THAI) is looking to delay resuming flights to Aug 1 although this is only a plan, said airline board member Pirapan Salirathavibhaga.

Mr Pirapan said the plan would help the company prepare better in case the ban on international flights, imposed by the Civil Aviation Authority of Thailand (CAAT) to contain Covid-19, is lifted.

His remarks came after media reports citing a THAI source who said the airline would resume scheduled flights from Aug 1, a month later than originally planned.

According to the source, the flights will restart over three days from Aug 1 through to Aug 3 with reduced services to fewer destinations.

Mr Pirapan confirmed the Aug 1 plan but did not give details of flight schedules.

For example, flights to Singapore, which THAI operated several times per day before Covid-19, will be reduced to four per week. Similar cuts are also expected for flights to high-traffic cities including Tokyo, the source said.

The source added THAI will not resume flights to Italy, Moscow, Vienna, Oslo, Stockholm, Sapporo, Fukuoka, Sendai, Kathmandu and Colombo, although it is still not clear if the routes will be closed permanently.

Mr Pirapan added that restarting flights now is unlikely to generate any profit.

“THAI is ready to fly again but the company can only do so when there are enough customers to make the business viable,” he said.