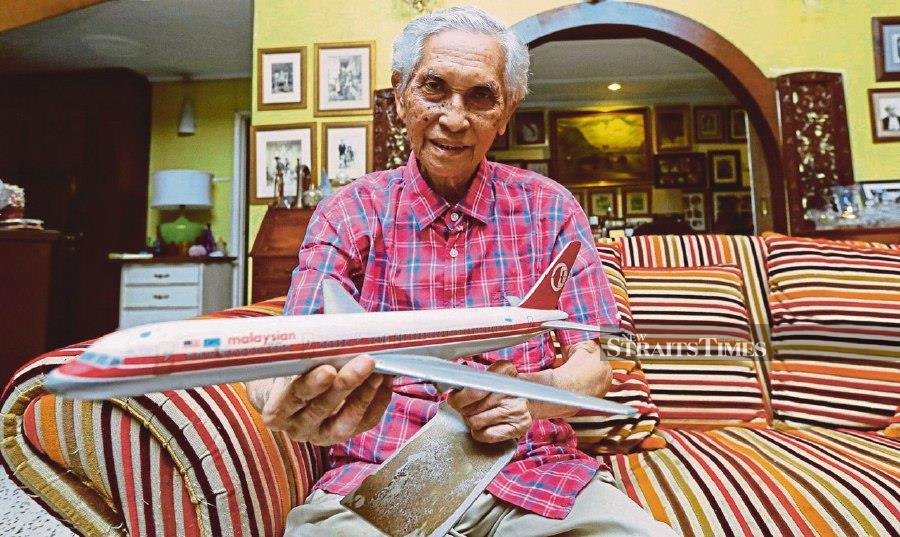 AT midnight on Jan 22, I received a sad message from Liyana, the eldest granddaughter of the late Tan Sri Abdul Aziz Abdul Rahman on his untimely death at the age of 86. Malaysia lost a pioneer icon of the aviation industry.

I regretted not being able to visit him earlier. In March last year, Aziz had told me how he wished MAS could be given a fair-level playing field, but as the national carrier, it must obey the government’s minimum pricing rule.

Being an obedient corporate body to the nation, MAS always placed the nation’s interest at the top by complying with the government’s rules to provide certain routes to small towns in Sabah and Sarawak at a loss as part of the national service comparable with flying the “Jalur Gemilang”.

As Liyana had written in her poem (published in the New Straits Times on Jan 29, 2020), MAS was Aziz’s blood, sweat and tears. During his time helming MAS, there were 17,000 employees and its average annual profit was between RM200 million to RM300 million.

Before he clocked out on his last day in MAS’ office in 1991, he left it with a RM5 billion reserve, which was a huge sum 29 years ago.

He continued to contribute to society after his retirement. He was president of the American Universities Alumni of Malaysia (AUAM) society for 30 years, as well as the Bukit Damansara Houseowners Association for 15 years.

He was active in voicing out all the Damansara residents’ complaints to Kuala Lumpur City Hall, professionally and diligently. He managed to stop a plan to demolish a row of shop houses to build a condominium.

Aziz had on a few occasions reminded me to allocate part of the revenue and proceedings from non-profit activities into charity organisations, such as old folks homes, orphanage houses and disabled children’s care centres.

I remembered a theft incident, which sparked nation’s attention in 2015, about a boy stealing a handphone near the Kota Raya Shopping Complex that saw a group of traders fighting. Thanks to the police, they managed to control the situation.

Aziz offered to be the defence lawyer for the boy whom he believed was illiterate and being wrongly guided or motivated. While offering free services to mitigate the case, he gave the boy a lecture that stealing was prohibited by all religions.

He discovered that the boy’s parents were either deaf or mute. Given the circumstances, Aziz voiced hope that the court would pass a lenient sentence.

Last but not least, he donated money to the boy’s poor parents for their transport fee and pocket money back to their home. He was truly a good citizen.

Therefore, I urge the government to name a road in the Kuala Lumpur International Airport’s vicinity or a building or hall after him. According to a NST report on Jan 24 on “The Man Who Shaped MAS To Glory Days”, it described Aziz as truly a Malaysian aviation icon.