Greece reopens for tourists, but UK flights barred for now 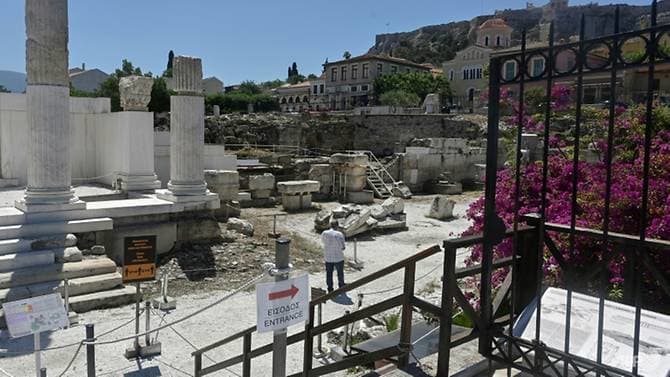 As Greece prepares to reopen for foreign visitors in a bid to get its crucial tourism sector back on its feet, the government said on Friday (Jun 12) that flights from coronavirus hotspots such as Britain would not be allowed in, at least for now.

Tourism minister Harry Theoharis said that while regular international passenger flights would be allowed to take off and land again at the airports of Athens and Thessaloniki starting from Monday, the ban on arrivals from Britain will remain in place until Jul 1.

“Our goal is for Greece to remain a safe country, looking forward to the tourism season,” said health minister Vassilis Kikilias.

Greece has fared much better than other European countries in the COVID-19 pandemic. It locked down in March and has recorded fewer than 190 coronavirus deaths among its 11 million residents.

By contrast, Britain has seen more than 40,000 deaths and is the worst-hit country in Europe.

But with tourism accounting for 20 per cent of its gross domestic product and international travel virtually coming to a standstill as a result of the global lockdowns, Greece has been hard hit by the pandemic’s economic fallout.Advertisement

Keen to market itself as a healthy holiday destination, Greece is reopening only gradually.

Following the airports of Athens and Thessaloniki next week, regional and island airports will open on Jul 1 and ports also remain closed to ferries until then.

Greece said it will quarantine travellers for seven to 14 days from areas hardest-hit by the virus, as identified by the European Union Aviation Safety Agency (EASA).

Non-essential overland travel will still be restricted Monday at borders with Turkey, North Macedonia and Albania, the government said.

The health minister said an emergency network and additional resources had been put in place to cover dozens of Greek islands that are among the country’s most popular destinations.

The government has set aside nearly 450 beds for COVID-19 cases on the islands, and has hired nearly 700 additional health staff, Kikilias said.

All-year hotels already reopened for business two weeks ago, and seasonal hotels and museums are to follow on Jun 15. Both staff and guests will be subject to regular tests.

Rooms have also been set aside to quarantine anyone testing positive for the virus, and each hotel has to have a contracted physician on call.

In 2019, Greece posted a record year with over 34 million visitors, but operators say a realistic goal for this season is for up to a third of that number.