Turkish Airlines to resume flights to China, US in June 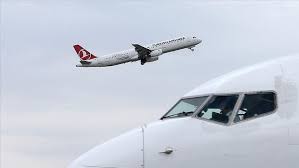 Turkish Airlines will resume some international flights this month to China, South Korea and the United States among other destinations, the airline said on Friday, a day after it began restarting such services.

On Twitter, Chief Executive Bilal Eksi said flights to Chicago and Washington DC would resume on June 19, and those to Los Angeles would restart on June 24, with three each week.

In a notice on its website, the airline said it would start a weekly flight to Shanghai from June 19, with two weekly flights each to Hong Kong and Seoul from June 24.

On Thursday, it had resumed flights to Britain, Germany and the Netherlands.

Previous articleHospitality and COVID-19: How long until ‘no vacancy’ for US hotels?
Next articleHere’s the list Which countries are open for summer travel?