Emirates Premium Economy Is Ready To Go On Undelivered A380s 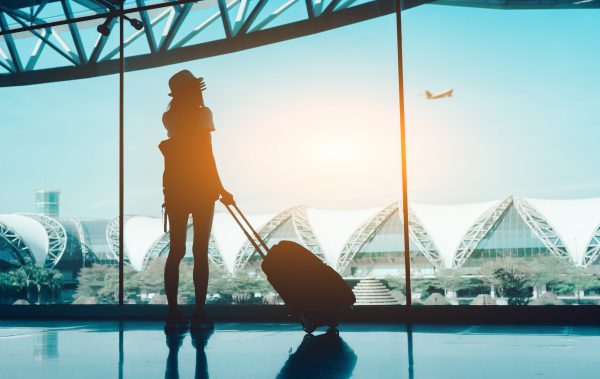 Travel bans, changes in flights and the latest advisories to assist you in making the right decision on your travel plans.

SWITZERLAND
The latest travel advisories warn that Switzerland has restricted movement across its borders including for tourism. There are exceptions such as for travellers arriving from Liechtenstein or the travellers has a Swiss residence permit.

However, since 6 June, measures have eased.  Leisure and entertainment businesses and tourist attractions can now reopen. Private and public events for up to 300 people are allowed.

This includes family events, fairs, concerts, theatre performances and film screenings. You can still transit through Switzerland unless border authorities suspect you won’t be able to leave. The ban on leaving Switzerland to shop in neighbouring countries remains in place. You’ll still have to comply with strict hygiene and social distancing rules.

ICELAND
Atlantic Airways to resume flights to Denmark and Iceland from 15 June. The Faroe Islands’ Atlantic Airways will resume flights between Vagar Airport and Iceland’s Keflavik International Airport as restrictions on entry from Iceland are set to be lifted 15 June. On the same day, the airline will also expand its service to Denmark by operating daily flights to Copenhagen Airport and two weekly flights to Billund and Aalborg.

HONG KONG
Protests continue to take place in Hong Kong, and the latest travel advisories warn that protests could turn into violent clashes.

Those permitted to enter Hong Kong will be subject to 14 days compulsory quarantine and required to wear a wristband that monitors location. All arrivals to Hong Kong International airport are required to go through medical screening, including a deep throat saliva swab-test.

Transit requirements
From 1 June 2020, air transit services at Hong Kong International Airport will resume in phases. Passengers travelling with Cathay Pacific and Cathay Dragon will be able to transit Hong Kong if their itinerary is contained in a single booking and the connection time to their next Cathay Pacific or Cathay Dragon operated flight is within eight hours.
Subject to both requirements being met, from 1 June 2020, transit connections will be available between Hong Kong and the destinations operate on Cathay flights.
In this first phase, transiting to and from destinations in mainland China is not available.

CHINA
Civil aviation authorities in China have indicated that 95 foreign airlines will be permitted to resume commercial flights. Airlines will be allowed to choose a city with one or more airports that are capable of accommodating international passenger flights and operate one international flight per week. Meanwhile, the flight ban between China and the US has eased to allow two-round trip flights per week by Chinese carriers to the US after the Chinese government lifted a ban on US airlines. United and Delta airlines are allowed to operate the same flights between the two countries.

SRI LANKA
Authorities announced that international travellers irrespective of their nationalities would be allowed to enter the country through Bandaranaike, Ratmalana and Mattala Rajapaksa international airports from 1 August. Mandatory health screening and sanitising procedures, including a PCR test, will be conducted at airports upon arrival.

UNITED ARAB EMIRATES
Emirates will resume International flights to multiple destinations on 11 and 15 June from Dubai Airport to destinations such as the UK, France, Germany, the Philippines, Australia, and the US.

ISRAEL
El Al Israel Airlines extends the ongoing suspension of all international flights to 30 June. An earlier ruling was supposed to expire 20 June.

DENMARK
Aviation officials indicated that all passengers must wear face masks at airports from 15 June. Scandinavian Airlines (SAS) earlier announced all passengers age six and up must wear masks during flights. Passenger displaying Covid-19 symptoms will be denied boarding.

GERMANY
Berlin Tegel Airport will remain open from 15 June to 8 November, instead of closing from 15 June as earlier announced. Officials anticipate that passengers will increase from mid-June, as more routes will be available as part of a gradual lifting of travel restrictions.

INDONESIA
Lion Air, Wings Air and Batik Air have suspended all flights from 5 June until further notice. Only essential health, security and defence workers, and those who need emergency medical care or repatriation can travel. They must present a negative Covid-19 PCR or rapid test result, not older than 72 hours, or a symptom-free certificate for areas without testing facilities.