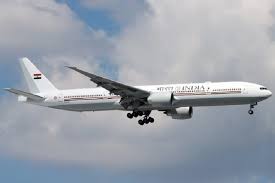 Two custom-made B777 aircraft, which will be used to fly Prime Minister Narendra Modi and other top Indian dignitaries, are likely to be delivered by Boeing to Air India by September, senior officials said on Monday.

In October last year, government officials had said that the delivery of these two planes, which are earmarked for VVIP travel only, would be done by July.

“There has been some delay, primarily because of COVID-19. The two planes are likely to be delivered by September,” the officials said on Monday. The two B777 aircraft will be operated by pilots of the Indian Air Force and not of Air India.

However, the new wide-body planes will be maintained by the Air India Engineering Services Limited (AIESL), which is a subsidiary of the Indian national carrier, the officials said.

Currently, the prime minister, the president and the vice president fly on Air India’s B747 planes, which have the call sign ‘Air India One’.

Air India pilots fly these B747 aircraft for the dignitaries and the AIESL maintains them.

When these B747 aircraft are not flying the dignitaries, they are used by the Indian national carrier for commercial operations.

The new planes will be used for travel of the dignitaries only. These two aircraft were part of Air India’s commercial fleet for a few months in 2018 before they were sent back to Boeing for retrofitting them for VVIP travel.

In February, the US agreed to sell the two defence systems to India at a cost of USD 190 million.

The Centre has already initiated the process of divestment of its stake in Air India, which has a debt of over Rs 60,000 crore. However, the process has been postponed due to the COVID-19 pandemic.

“We would not like to make any comment on these issues pertaining to the (aviation) ministry and the government of India,” an Air India spokesperson said. Boeing has not responded to queries on this matter.