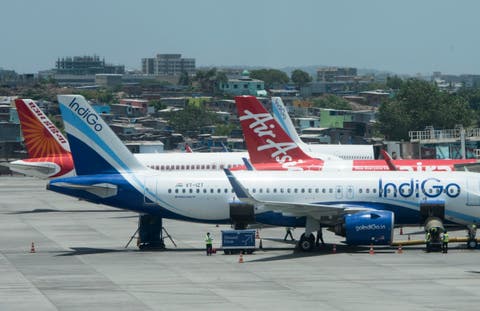 Hardeep Singh Puri, India’s Civil Aviation Minister, published a series of tweets on Sunday. He said that, despite demand, he couldn’t re-open India’s airports to international flights until other countries re-opened their borders.

A decision to resume regular international operations will be taken as soon as countries ease restrictions on entry of foreign nationals. Destination countries have to be ready to allow incoming flights.‌

India’s Directorate General of Civil Aviation (DGCA) has a ban on international flights that runs through until June 30.

CHRIS LOHInflight Advertising: How Airlines Make Money And How It Affects You

For frequent flyers, it’s probably quite clear just how common advertising is to the entire travel experience. While…

Israeli flag carrier El Al, like most commercial airlines, has been suffering financially due to the drop in…

NICHOLAS CUMMINSHow Does Emirates Wash Its Airbus A380 Fleet?

Not only does Emirates have the world’s biggest fleet of Airbus A380 aircraft, but the location of its…

Ultra-long-haul flights have been on the rise for a while now. With access to cheaper fuel prices and…

Most countries have less than 10% international operations because they are allowing entry only to their own citizens & have placed restrictions on foreign nationals.

Many are allowing inbound flights from few countries but have also placed restrictions of quarantine/isolation.

It is a common stance that shows no signs of easing up. The Minister notes that most countries are running international services at less than 10% of normal capacity. Of those flights that are operating, many are repatriation flights and essential air links.

Until recently, all commercial aviation activity in India was in hiatus. But domestic flights resumed in late May. There is a push to get domestic flying up to 50 – 60% of normal capacity as quickly as possible.

But this resumption of domestic flying could prove an issue. As other countries get on top of COVID-19 infection rates, they are continuing to rise in India. The high rate of domestic travel, which re-opening domestic flights help facilitate, is widely seen as a contributing factor to the spread of COVID-19.

That could make other countries wary of accepting inbound passengers from India. The European Union Aviation Safety Agency (EASA) currently classifies all airports in Gujarat, Madhya Pradesh, Maharashtra, Rajasthan, Tamil Nadu, and Uttar Pradesh as having a high risk of COVID-19 transmissions.

Owing to their population densities and high levels of domestic travel, countries like India and China are in the spotlight when it comes to COVID-19 risk analysis and air travel. There are fears that, as India comes out of lockdown, the rate of infection there will increase rather than decrease.

Some handy business for Air India

While there isn’t much chance of Hardeep Singh Puri’s wish coming true anytime soon, the national carrier, Air India will operate a lot of international flights between now and July. The Indian Government has a substantial repatriation program underway called Vande Bharat Mission.

To date, over 107,000 Indian citizens have been brought home. Between now and July, another 38,000 citizens will be flown back to India under stage 3 of the program. That’s proving a bonus for Air India, who are laying on over 300 repatriation flights over the next few weeks.

Demand for the flights is such that Air India’s website crashed on the weekend when bookings opened. Flights are going to Europe, Australia, Canada, the USA, the UK, and Africa between June 10 and July 1.

Until other countries are confident India has infection rates under control, their borders are unlikely to be open to flights from India, rendering Hardeep Singh Puri’s tweets wishful thinking rather than any sort of clear indicator.