Maldives allows staff to return to resorts ahead of July reopening 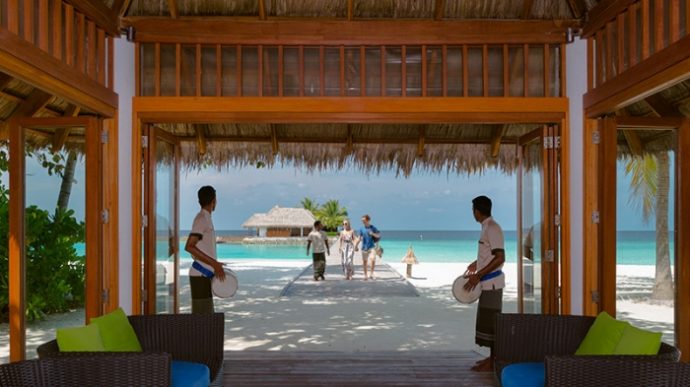 Authorities in Maldives have made special arrangements for employees to return to resorts, as the island nation prepares to reopen its borders to visitors in July.

In a circular, the country’s tourism ministry said employees from islands that are not on lockdown can travel to the resort they are employed at and start working immediately.

But those from islands that are on lockdown will have to complete a fortnight quarantine once they are in the resort before they could start working. The rule also applies to employees from islands where the lockdown had been lifted less than two weeks ago.

“Following the Covid-19 pandemic outbreak, most resorts closed down their business and employees were sent off to their home islands,” the circular read.

“However, as the Maldives is gearing towards opening border and resuming tourism from 1st July 2020, we understand that the resort which were closed down are also making necessary preparations and getting ready to reopen their resort.”

The ministry asked resorts to send details of their employees that need to travel.

“Although lockdown measures in the country have been relaxed, travel between islands is still restricted. Hence, we have discussed with the Health Protection Agency (HPA) on a way forward for resort employees to be able to travel back to the resort,” it said.

The Maldives is preparing to reopen its borders to visitors in July.

The country’s tourism ministry has drafted and invited comments from industry stakeholders on its own guidelines on reopening the borders.

The coronavirus outbreak has hit the Maldivian economy hard, as travel restrictions and other preventive measures affect the country’s lucrative tourism industry, which contributes the bulk of the island nation’s state revenue and foreign reserves.

All international airlines have suspended scheduled operations to the Maldives, as the island nation enforced a blanket suspension of on-arrival visa in late March in a bid to combat the spread of the novel coronavirus.

Even before the visa suspension, the Maldives had closed its borders to arrivals from some of the worst-hit countries, including mainland China, Italy, Bangladesh, Iran, Spain, the United Kingdom, Malaysia and Sri Lanka. Visitors from three regions of Germany (Bavaria, North Rhine-Westphalia and Baden-Württemberg), two regions of France (Île-de-France and Grand Est) and two regions of South Korea were also banned from entering the country.

All direct flights to and from China, Italy, South Korea and Iran were also cancelled.

Cruise ships and foreign yachts were also banned from docking at any of the country’s ports.

Before the pandemic, the government had been bullish about tourism prospects, targeting two million, high-spending holidaymakers this year after last year’s record 1.7 million.

However, tourist arrivals saw a year-over-year decline of 22.8 per cent in the first 10 days of March. Officials say the number of tourist arrivals to the Maldives could drop by half in 2020.

With arrival numbers falling and the visa suspension in effect, several resorts across the Maldives had been closed.

Tourism has been the bedrock of the Maldives’ economic success. The $5 billion-dollar economy grew by 6.7 per cent in 2018 with tourism generating 60 per cent of foreign income.

However, the government is at present projecting a possible 13 per cent economic contraction this year — an estimated $778 million hit.

On March 8, Maldives reported its first cases of the novel coronavirus, as two hotel employees tested positive for Covid-19 at a luxury resort in the archipelago.

Eighteen more cases — all foreigners working or staying resorts and liveaboard vessels except five Maldivians who had returned from abroad — were later identified.

A six-case cluster of locals, detected in capital Male on April 15, confirmed community transmission of the coronavirus. Several more clusters have since been identified, bringing the total number of confirmed case in the Maldives to 1,850.

Seven deaths have been reported and 644 have made full recoveries.

The Maldives announced a state of public health emergency on March 12, the first such declaration under a recent public health protection law.

The public health emergency declaration has allowed the government to introduce a series of unprecedented restrictive and social distancing measures, including stay-at-home orders in capital Male and its suburbs, a ban on inter-island transport and public gatherings across the country, and a nationwide closing of government offices, schools, colleges and universities.

Non-essential services and public places in the capital such as gyms, cinemas and parks have also been shut.

Restaurants and cafes in the capital have been asked to stop dine-in service and switch to takeaway and delivery.

A nationwide shutdown of all guesthouses, city hotels and spa facilities located on inhabited islands is also in effect.