Emirates Would Like To Partner With A US Big 3 Airline 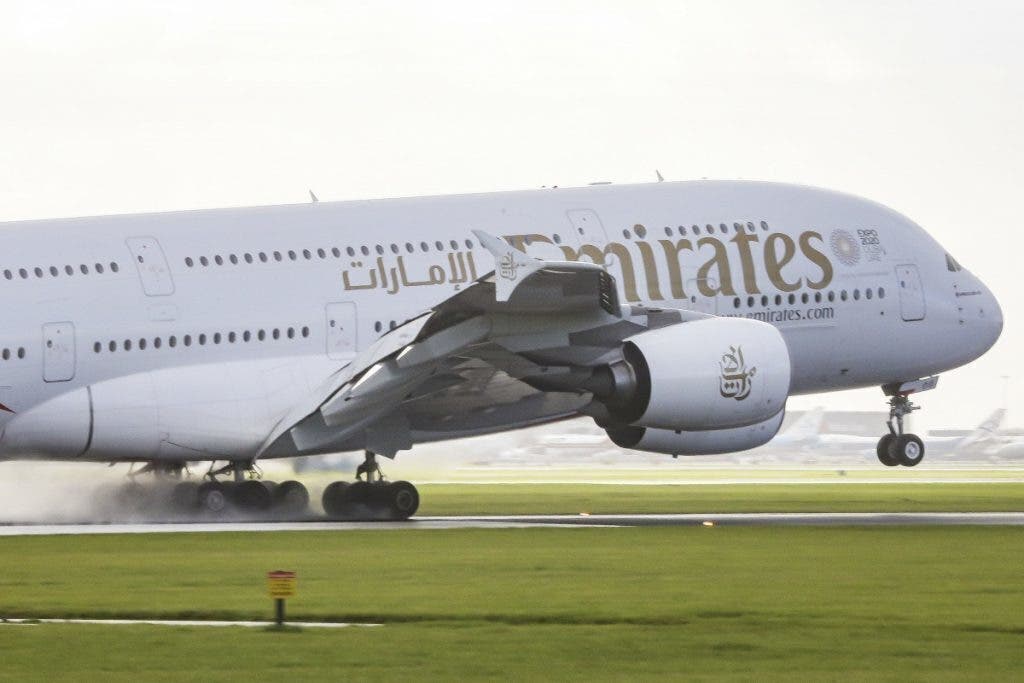 Emirates President Sir Tim Clark has spoken at length today about the future of his airline. Within the discussions, he settled on a proposition that could change the face of airline travel for good. Emirates is keen to work up a partnership with one of the US Big Three, with Clark believing it’s time to see all the historical bad blood as “water under the bridge.”

A huge opportunity for one of the US Big Three

During today’s webinar hosted by Aviation Week, Emirates President Tim Clark spoke on a range of topics, from COVID to fleet strategy and more. When discussing alliances, Clark was quick to reiterate his lack of faith in the commercial alliances around the world. His public declaration as “never being a fan of airline alliances” is nothing new; he’s been saying the same for several decades.

However, he was also keen to point out that strategic alliances, when done in the right way, could be highly beneficial to both parties. Citing Emirates’ agreement with Qantas, he noted how well this worked on both sides and gave a nod to where he would like to go next, saying,Advertisement:

What If There Was No Money?

“I would like to think that Emirates will get access to US partners …  it would make absolute sense if Emirates dealt with one of the ‘Big Three’ [US airlines].”

Emirates is not a member of any of the big global airline alliances. Despite some rumors of interest in Star Alliance in 2000, the airline has since opted to remain independent. But that’s not to say it doesn’t operate in partnership with other carriers.

The airline has codeshares with 21 other airlines, including Qantas, Korean, Malaysia Airlines, and JetBlue. It works closely with flydubai to provide regional connectivity within the Middle East but has never found a friend on the other side of the Atlantic. Nevertheless, Clark sees a huge opportunity for a partner in the US, saying,Advertisement:

“[Emirates] would deliver a huge amount of business to whichever of the Big Three was selected, working on a commercial basis, because we are the single largest producer in terms of available kilometres coming out of the Middle East spread into the United States.

“We have to currently arrange access to low-cost carriers, or [passengers] make their own arrangements. So there’s a huge opportunity there for unleashing an enormous amount of commercial potential that Emirates could bring to the United States, without going into an alliance. It’s mutually beneficial.”

But would a US airline want to partner with Emirates?

On the subsidies for his historical critics, Clark was pragmatic, saying,

“As far as subsidies are concerned, it is ironic that the very people who were so beastly to us in the past are now facing the same problem. But you know, you’ve got to be grown-up about this. I’m the last person who wants to see airlines go out of business because I understand the criticality of them to the global economy, irrespective of their … policies, it’s very important the industry doesn’t go under.”

With everyone in the same boat, or thereabouts, in terms of government subsidies, Clark hopes that US airlines will take a fresh look at their stance and become more open to a partnership with Emirates. He said,

“The notion that you’d throw your toys out the cot and not have an agreement makes no sense. [A partnership with Emirates] would be a tap that you could turn on and sit back and watch it just fill large numbers of their airplanes.”

In terms of who it would be, there are some front runners. American Airlines is a oneworld member, alongside its new codeshare partner Qatar, so it is unlikely to be in the running. United has no Middle Eastern ties in its network, but there’s not much crossover with its alliance partners or its codeshare agreements and the Emirates network.

Delta, on the other hand, is a key contender. Historically pretty agnostic to its status as a SkyTeam member, preferring to launch its own joint ventures and partnerships, there’s a great deal of synergy between the two airlines already.

Emirates codeshare partners at WestJet, LATAM, and Korean Air are all joint venture partners of Delta. China Southern is a codeshare partner of both. How receptive Ed Bastian and his team would be to a tie-up with Emirates would be interesting to see, given his efforts to slam the Middle East three in the past.