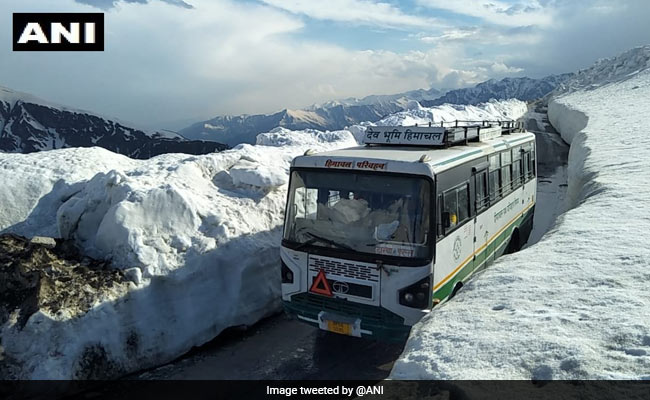 The passenger bus service will resume operation in Himachal Pradesh from June 1, an official said on Saturday.

Dharamsala’s Road Transport Officer Vishal Sharma said both the private and government passenger transport services will resume operation from June 1 in the entire state, plying from 7 am to 7 pm.

The buses which will begin running again after a gap of 70 days due the COVID-19 outbreak will operate with only up to 60 per cent of passengers with all anti-corona norms in place, he said.

“The buses will ply with a maximum of 60 per cent seating capacity to maintain social distancing. The passengers shall board buses from rare doors and deboard from the front ones,” said Mr Sharma.

Mr Sharma also said despite the buses running only with passengers up to only 60 per cent of their capacity, there will be no rise in fares.Promoted: In Stores

“Passangers will have to wear mask and carry sanitizer with them. Downloading Arogya setu Aap will be a must for them. All buses will have to two to three times a day,” the RTO said, adding no AC will be allowed in buses.

“There will be separate exit and entry points for the passengers at bus stands. Only passengers will be allowed to enter bus stands,” he said.Advertisement

The RTO added that it would be mandatory for drivers and conductors to wear face masks and the drivers cabin will be segregated from the passengers’ seat by a transparent fibre or acrylic sheet.

Mr Sharma also said despite the buses running only with passengers up to only 60 per cent of their capacity, there will be no rise in fares.Advertisement

Taxis too will be allowed to operate within the state without any permission, said Mr Sharma.

“All concerned departments are ready for a go, but they are still waiting for a final green signal from state government,” he added.