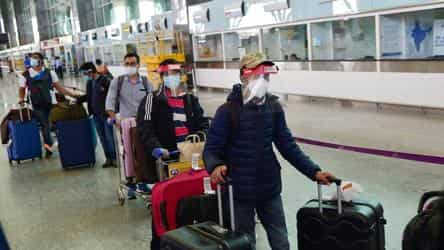 A group of 85 distressed Indians in the US have launched a SOS campaign to travel back home, urging the Indian government to allow their minor children having American citizenship with valid Indian visas to accompany them to India.

Travel to India by a non-Indian citizen, except for certain categories of those having Overseas Citizens of India (OCI) card, is barred due to strict travel restrictions due to the coronavirus pandemic.

The OCI card is issued to the people of Indian-origin, allowing them a visa-free travel in most of the cases. It also gives them certain privileges like that of an Indian citizen except for buying agricultural land, voting, running for election and working in government.

The group of Indian parents on Saturday, in a letter to the Ministry of External Affairs, Indian embassy and its diplomatic missions in the US, expressed their wish to travel back to India and urged the authorities to allow their minor children with US citizenship to travel with them.

The parents, who have over the past few weeks joined hands on WhatsApp and Facebook, have kids who are born in the US, thus are American citizens and do not have OCI cards.

“For these reasons, we humbly request you to allow minors who are American citizens with valid Indian visas to travel to India,” wrote these parents.

“We are sure the Indian Government does not mean to discriminate against us simply because of a completely unforeseen and unprecedented event completely beyond our control. “Like our fellow Indian citizens who are flying back to India thanks to the Vande Bharat mission, we too have valid reasons to fly back to India. But we cannot because our minor children cannot be left alone in the US to fend for themselves,” the group said.

One stranded Indian parent have also joined the group from Malaysia.

“We are Indians stranded in the US due to this tragic pandemic. We wish to fly back to India. We are also parents to minor children. Our children are American citizens by virtue of their birth here. Our children have valid Indian visas on their passports,” they said in the emailed letter.

While the number of signatories is 85, but if taken into account their spouses and kids, the number of those stranded and wanting to fly back home would run into more than 250.

According to the letter, at this moment their minor kids cannot obtain OCI (Overseas Citizen of India) status right now because OCI processing has been stalled for several months and many of us applied for it in January this year and are still waiting for it, and some of them have infants too young for them to have applied for OCIs before the COVID crisis.

“Some of our American visas are about to expire or have expired (and wouldn’t be renewed due to max out or job losses) making our children ineligible to apply for OCI. Some of us have entry visa, e-visa/emergency visa, but not OCI. Some of us after waiting for OCI for so long, have applied for visa but are unable to get it,” the letter said.