UAE residents with valid visas can return from today 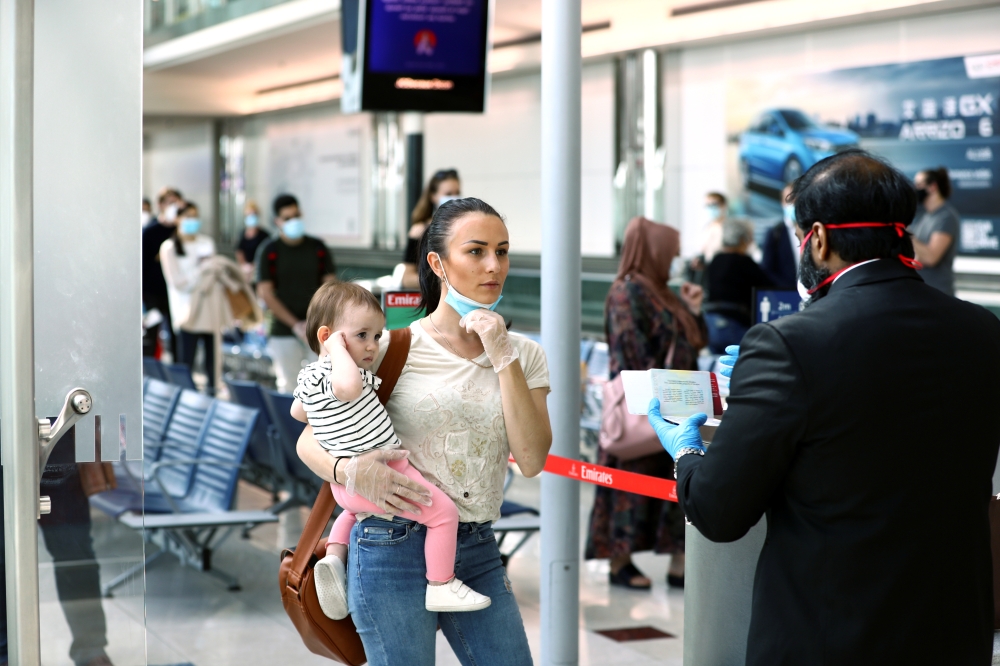 The UAE will start receiving on Monday (June 1) nationals holding valid residence visas from various countries, according to the decision issued by the Ministry of Foreign Affairs and International Co-operation (MoFAIC) and the Federal Authority for Identity and Citizenship (ICA) last week.

The ICA explained that the website “smartservices.ica.gov.ae” which has been allocated for issuing resident entry permits witnessed great pressure immediately after the announcement of the initiative from those who were willing to return to the UAE. This led to the website crashing at various times, but the commission has completely repaired all malfunctions and it has been operating for a long time, smoothly and quickly, the ICA confirmed.

It continued, “Anyone holding valid visas can register on the website to obtain permits, but do not reserve or buy travel tickets and do not travel before obtaining approval for the return request.”

The application may require some time, it added, urging them to book airline tickets according to the actual specified date of travel, as the dates entered in the request are default dates.

Passengers queue up at the immigration at the Dubai Airport.

Return of residents requires the submission of a request online in order to obtain an entry permit to the country. Other things that need to be attached are a personal coloured photograph, a copy of the residence visa, a copy of a valid passport, and a proof of the reason for being outside the country, which can be a letter from the employer, educational institution, medical authority, or flight tickets, if the reason was tourism.

In a joint statement, MoFAIC and ICA said the decision stems from the UAE’s keenness to enable those holding valid residence visas to be reunited with their families after having been affected by the precautionary measures taken under the current exceptional circumstances to contain the spread of the COVID-19 pandemic.

“The move is aimed at streamlining their safe return to the UAE,” added the statement.

In the meantime, ICA called on those holding valid residence visas and wishing to return to the UAE to register in the service entitled “Residents’ Entry Permit”, via its website: smartservices.ica.gov.ae.

The UAE had suspended, effective March 17, all visas to all foreigners, with the exception of diplomatic passport holders.

In a statement, the Federal Authority for Identity And Citizenship (ICA) said: “The move comes as part of the precautionary measures taken by the UAE in response to the World Health Organisation’s declaration of COVID-19 as a pandemic, a development which reflects the high risks now associated with travel under the current circumstances.”

The decision does not apply to those who already have their visas issued prior to the aforementioned date.

The ICA noted that the additional precautionary decision will be valid until a mechanism for medical examination has been established in the countries of departure as part of other global measures taken for the common good of all nations of the world to curb the proliferation of the novel virus.

Previous articleInternational flight operations to remain suspended till June 30: DGCA
Next articleSri Lanka to reopen to international tourists in June with strict restrictions in place