Quarantine-Free Flights From Australia Could Start Within Weeks 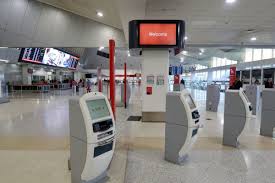 If the recommendations are approved, trials could start the following month, Ann Sherry, the forum’s Australian co-chair, said during a virtual briefing Wednesday.

Tightly controlled flight bubbles — which can be enlarged to include other countries — have emerged as potential models for a global travel industry smashed by the pandemic. China and South Korea opened a narrow travel corridor with onerous restrictions this month, while border restrictions have been lifted in some parts of Europe.

“We see ourselves probably as the first bit of international travel, but hopefully not the last if we can make this scalable and set the preconditions for making this work more broadly,” Sherry said during the briefing.

Australia and New Zealand have largely suppressed their domestic coronavirus outbreaks, although pockets of infections are still emerging in some parts of Australia.

That relative success has given the close neighbors the confidence to consider clawing back some trade and tourism income. New Zealand is Australia’s most popular travel destination while visitors from New Zealand to Australia trail only those from China.

The group drawing up guidelines for the Australia-New Zealand flights are considering every stage of the journey. They include precautions on board the aircraft, passenger movement through airports and contact-tracing requirements at the destination, the forum said in a statement.

Travelers will have to declare they’re healthy before they fly, and might sacrifice their fare if they’re ill, Sherry said.

Speaking at the same briefing, Auckland International Airport Ltd. Chief Executive Officer Adrian Littlewood said travel protocols might be different if the flight bubble expands to include places such as Singapore and Taiwan. Health tests might become part of the process, though they probably won’t be required for trans-Tasman flights, he said.

Sherry said they’re pushing to deliver the draft plan to governments as soon as possible.