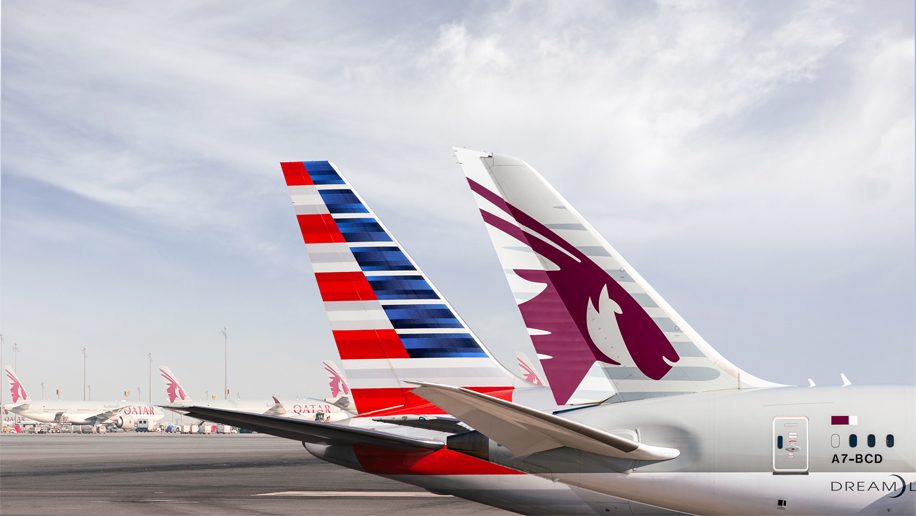 Qatar Airways and American Airlines have launched the first phase of a strategic partnership which will eventually see the carriers codeshare on over 1,000 domestic and international routes.

The first phase of the new agreement sees Qatar Airways adding its code onto domestic AA connections via Chicago and Dallas to 200 cities including Miami, Houston, Atlanta, Detroit, Minneapolis/St Paul, Seattle, and San Francisco, as well as additional destinations in Central America and the Caribbean.

Over the next few weeks the rollout will see the Gulf carrier codeshare on over 1,000 domestic flights operated by American Airlines.

The agreement is also set to be expanded to enable Qatar Airways’ code to be placed on AA’s international services to North, Central and South America and Europe, with American Airlines codesharing on Qatar Airways’ flights between the US and Qatar, and beyond to destinations in the Middle East, Africa and Asia.

In addition Qatar Airways said that “Both airlines will also continue exploring the opportunity for American Airlines to operate flights between the US and Qatar, along with a number of joint commercial and operational initiatives to further strengthen this renewed partnership”.

“We are pleased that we’ve reached this important milestone with Qatar Airways. We look forward to welcoming Qatar Airways passengers throughout our domestic network as we continue to focus on the wellbeing of our customers, team members and the communities we serve during this uncertain time.