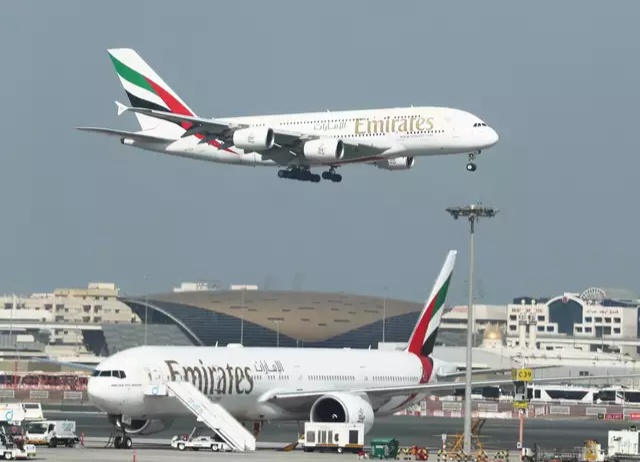 Emirates is also considering accelerating the retirement of its fleet of A380s, the massive double-decker jets that can seat more than 500 passengers, some of the people said, asking not to be identified because the information hasn’t been made public.

Emirates, the biggest operator of the Airbus SE super-jumbo aircraft, said it is reviewing “costs and resourcing” levels against projections as it prepares to resume service after an almost two-month grounding.

“No announcement has been made regarding mass redundancies at the airline,” it said in an emailed statement. “Conserving cash, safeguarding our business, and preserving as much of our skilled workforce as possible remain our top priorities.”

Industry Contraction
Airlines across the globe are cutting jobs after being hit with an unprecedented near-total shutdown of travel. The measures taken at Emirates would be the most severe yet in absolute terms since nations locked down travel to curtail the spread of the virus.

IAG SA’s British Airways said last month that it would cleave some 12,000 from its payroll, while more than 100,000 workers at the four largest U.S. carriers have taken voluntary leave, reduced hours or early retirement. Airline chiefs have warned employees that a permanent resizing is on the way.

Governments are just now contemplating opening borders that have been shut for months, although without a vaccine there’s no assurance infections won’t surge or that travelers will get back on planes. More than 4 million have been infected by the coronavirus and 300,000 have died as the health emergency swept across continents.

Lost Sales
With about 70 percent of global capacity idled, the airline industry stands to lose $314 billion in ticket sales this year, according to the International Air Transport Association.

Emirates halted most of its passenger flights on March 25, but with some countries starting to ease travel restrictions, the airline plans to resume limited operations on May 21.

President Tim Clark this month told Abu Dhabi-based The National that he expects demand for airline travel to be “tempered” for at least the next couple of years. He also called the pandemic a black swan event for the industry, referring to a rare occurrence with extreme impact.

Dubai’s government said in March it would financially support the airline, which has taken a slew of measures to shore up cash since the virus outbreak. Those include temporarily slashing salaries, grounding most of its passenger flights and deferring the delivery of the last batch of the A380 superjumbos.

Airbus Pain
The early retirement of some A380s — the linchpin of a strategy that made Dubai the leading hub for flights around the globe — could potentially speed the end-game for the biggest-ever commercial jetliner. Airbus was forced to end the program last year after failing to agree with Emirates on terms, though it still has eight more to deliver.

State-owned Emirates, the biggest customer for the A380, dropped it from its long-term plans, ordered smaller wide-body aircraft and reviewed its route network, while increasing cooperation with regional discount carrier Flydubai — also state-owned.

Emirates plans to mostly rely on its Boeing Co. 777 wide-body jets during the recuperation period, said one of the people. The airline has 155 of the smaller U.S. planes in its fleet, compared with 115 of A380s.

Now a recovery in oil prices has been reversed by the outbreak, with a glut in the oil market exacerbating the economic hit on the Gulf.