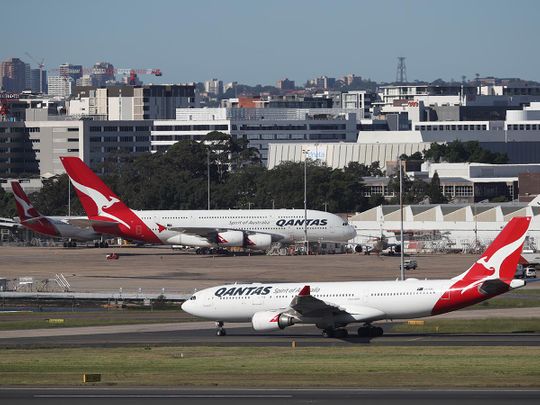 Qantas Airways said putting extra space between passengers on planes could lead to a big increase in airfares and discourage people from flying.

The airline won’t be keeping middle seats empty. If such a move was implemented, it could mean there would only be 22 people on a 128-seat aircraft, Joyce said. “That means airfares are going to be eight to nine times more than they are today.”

Joyce said there haven’t been confirmed cases of COVID-19 being transmitted on Qantas flights. The airline is currently only flying about 5 per cent of its pre-crisis levels domestically and 1 per cent of its international network, but the CEO said domestic travel should “significantly” resume from July.

Proposals for social distancing on planes include keeping middle seats empty, but many in the industry have argued against that. The International Air Transport Association says it doesn’t support the idea, and that wearing of face coverings for passengers and masks for crew are more effective measures to ensure the safety of all on board.

Qatar Airways said its cabin crew will wear full-body protective suits and services will be modified to reduce interactions with passengers. Crew are also kitted out with goggles, gloves and masks, while passengers will be required to wear face coverings from May 25 and social areas on board aircraft have been closed, according to a statement.

Ian Hosegood, medical director at Qantas, said  that transmission of the virus on flights is “extremely low” as filters on aircraft are very effective and passengers face in one direction. Qantas isn’t making it mandatory for passengers to wear face masks, but it is recommending they do so.

The airline is providing masks, sanitizers and wipes to customers, and limiting movement on planes.

Qantas is keeping its pilots, crew and planes ready for when demand returns and plans to offer “attractive” fares to help stimulate travel demand, Joyce said. “We don’t think we will go back to 100 per cent obviously in July but we have the capability to easily add 40-50 per cent of the capacity that we had before Covid-19.”