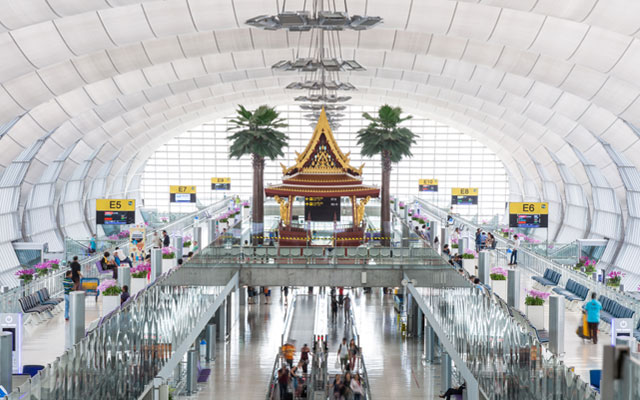 While Thailand has scaled back its evening curfew by an hour, reopened malls and allowed 10 types of businesses and activities to resume, the Civil Aviation Authority of Thailand (CAAT) has chosen to extend its ban on international flights until June 30.

Travel and tourism industry stakeholders are divided on the announcement, with some feeling that the extension is unnecessarily harsh given the country’s low numbers of daily new coronavirus cases which have hovered close to zero for several weeks on end.

“I feel it’s the suitable thing to do for now while hygiene measures and protocols are (in the process of) being applied towards the entire business events sector,” opined Max Boontawee Jantasuwan, president of the Society for Incentive Travel Excellence (SITE) Thailand chapter and founding CEO of Events Travel Asia Group, referencing the joint effort between the Thailand Convention and Exhibition Bureau and other business events associations to launch MICE Venue Hygiene Guidelines to prepare the sector for the new normal.

“It also echoes the situation outside Thailand, because even if we were to open the airspace now, nobody would start travelling here as of yet,” he added.

The ban, which covers all international passenger planes, means that the earliest foreigners could come to Thailand is in July.

“Thailand has maintained a low number of cases and few fatalities in this crisis. The focus is, understandably, on a regulated return to normality in the country. For the suffering Thai tourism industry, a return of domestic tourists will be the fastest way to (secure) some revenue. However, even if Thais will engage in some ‘revenge travel,’ it will not by far be enough to replace the full stop on international travellers,” said Willem Niemeijer, CEO and co-founder of Khiri Travel.

As the rest of the world begins the process of reopening, “CAAT’s decision to extend the ban on international arrivals until July 1, six weeks from now, seems an unnecessary overreach,” Niemeijer added, citing Italy’s decision to reopen for all international travel on June 3 and the ‘bubble tourism’ bilateral agreements being pioneered now, such as those between Spain’s Mallorca and Germany, or between New Zealand and Australia.

Flight consultant Luc Citrinot suggested that a gradual reopening of international travel would make sense, by first facilitating small travel corridors between Thailand and neighbouring countries with low numbers of infections, such as Vietnam, and gradually extending to South Korea, Taiwan and China.

Niemeijer believes that a gradual reopening would help to “plant the seed of confidence” in longhaul travellers who are in the process of making longer-term travel plans now.

“Thailand is risking trampling the excellent handling of the crisis compared to other countries, and giving first-mover advantage to other tourism destinations in the world, prolonging the crisis for the country’s recovery,” he said.

The country’s beleaguered national carrier, Thai Airways, which is still hovering between bankruptcy and bailout, has also scheduled its first flights on July 1, 2020.

Fourteen of Thailand’s airports are currently operating, with Bangkok Airways being the latest Thai airline to resume domestic flights, since mid May. Phuket International Airport remains closed indefinitely; though scheduled to reopen May 15, CAAT issued an order the same day for the airport to remain closed.

Visas for all foreigners currently in Thailand have automatically been extended until July 31, 2020. Forty-two inter-provincial train lines, some longhaul, have resumed with inter-provincial buses also now running select routes.