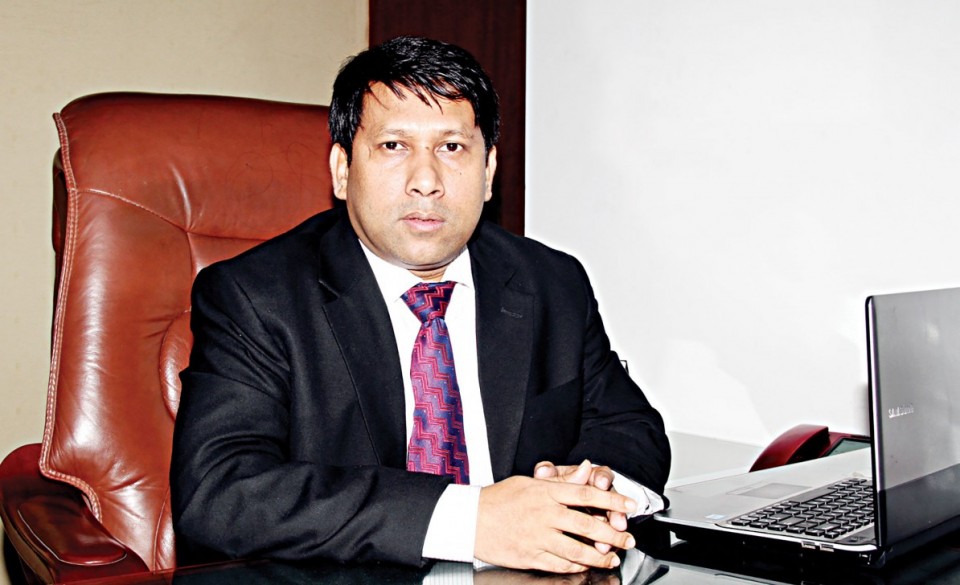 Bangladesh should unveil a rescue package and cut various charges to salvage the local aviation industry after it crash-landed because of the coronavirus pandemic, said the top official of a private airline.

The government has already announced incentives for various sectors but nothing specific for the aviation sector, said Abdullah Al Mamun, managing director of US-Bangla Airlines.

“If the airlines survive, travel agencies, tour operators and even the hotel industry will survive. Otherwise, there will be extreme anarchy in the aviation and tourism sector,” he told The Daily Star in an interview recently.

The comments from the chief executive of the country’s largest private carrier came as the aviation industry in Bangladesh has remained largely grounded, much like those in other countries, for the last couple of months in order to stop the spread of the killer bug.

In the middle of March, Bangladesh banned passenger flight operation with all countries except for China to contain the spread of coronavirus, plunging the sector into mounting losses. The novel coronavirus could inflict a 9 per cent loss in passenger volumes in Bangladesh in 2020, according to an estimate of the International Air Transport Association.

Loss in passengers will wipe out $190 million, or Tk 1,615 crore in revenue from airline operators, this year alone.

The first industry to suffer losses because of the pandemic was aviation, Mamun said.

“Today, the coronavirus crisis has become a global problem. Until a vaccine is invented to get rid of this virus, there is no chance of providing any definite direction to come out of the pandemic.”

US-Bangla Airlines is the largest private carrier with 13 aircraft in its fleet. It operated flights on eight international and seven domestic routes before the coronavirus pandemic upended the aviation sector.

In April 2018, it became the first Bangladeshi airline to fly to China. It had been operating regular flights on Dhaka-Guangzhou route since then.

With the cooperation of the government, the airline is operating a number of special flights to bring back stranded Bangladeshis and several cargo flights to keep the country’s imports and exports active.

Although most flights have come to a screeching halt, bringing income down to its knees, the operators have to bear all costs, including aeronautical and non-aeronautical charges, leasing costs, insurance costs, bank interest, staff salaries and office expenditure.

“We are burdened with huge losses as we are sitting idle.”

And the longer the pandemic drags on, the bigger the losses.

“I’m not sure when the situation will return to normalcy. I have no idea when we will return to the pre-coronavirus situation even if that happens. That means the crisis is likely to be long and deep.”

If the price of jet fuel for domestic routes is fixed at international rate, Bangladeshi airlines would be able to survive in the global competitive market.

The government should bring down annual surcharge on arrears to 6-8 per cent from 72 per cent now. Hangar facilities are urgently needed for passenger airlines.

“In order to reap the benefits of the third terminal, Bangladeshi airlines need to be sustained.”

He touched upon various challenges the aviation industry is set to face in the coming days.

Private airlines will face extreme pressure when it comes to retaining jobs of a huge number of people.

Maintaining the workforce, reducing the losses and sustaining the service will be a big challenge, he said.

Many established airlines around the world could go bankrupt. Budget airlines are likely to have no concept. Unreasonable rental competition is likely to be reduced.

“My idea is that the competition to increase the number of passengers will decrease.”

At present, travel could be availed at relatively low fares in the aviation sector all over the world.

At present, 70 per cent market share of the Tk 8,400-crore aviation market in Bangladesh belongs to foreign airlines and the rest 30 per cent to domestic airlines.

Bangladeshi airlines account for 0.3 per cent of the national income.

“If there is no direct cooperation from the government, the current market share is likely to go to foreign airlines, depriving the government of direct foreign exchange earnings.”

The local airlines industry has not flourished in Bangladesh despite having potential.

The history of the country’s private airlines is not very long. Earlier, the state-owned airline was the only carrier, Mamun said.

“State institutions have some advantages that private companies do not have. We have to accept these limitations.”

“My point is: give us a business parallel environment. Then we can give more revenue to the government, more investment will come and this will enrich the economy.”

Lack of experienced manpower, shortage of pilots, inadequacy of aeronautical engineers are the barriers. There is shortage of boarding bridge, too.

The price of jet fuel is relatively high. The import process of aircraft or aircraft equipment is complex.