Etihad staff to work at GAL on six-month contract 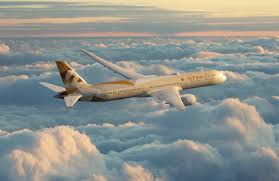 An agreement to this effect was inked, according to which Etihad Airways’ staff will be able to work on a temporary basis at GAL, which is part of the Mission Support cluster within EDGE – an advanced technology group for defence. The agreement enables Etihad staff to be seconded to GAL.

“We hope to start welcoming Etihad staff as early as possible. We are currently in the process of interviewing staff that will assist GAL on their projects,” Al Breiki said.

The initial contract is for a period of six months but can be extended.

“The contract is subject to extension, should both partners agree.”

The number of recruitments hasn’t been finalised yet.

“We are currently in discussions with Etihad to determine these levels. This will be based on the operational need and the range of functions we have open for the upcoming projects that GAL has committed to,” Al Breiki added.

Douglas added: “Like airlines the world over, Etihad Airways is having to review its current structure and resources and this partnership allows us the opportunity to retain talent for the future; while supporting colleagues in another Abu Dhabi aviation organisation.”