Airport Authority of India issues guidelines as flight operations may resume in lockdown 4.0 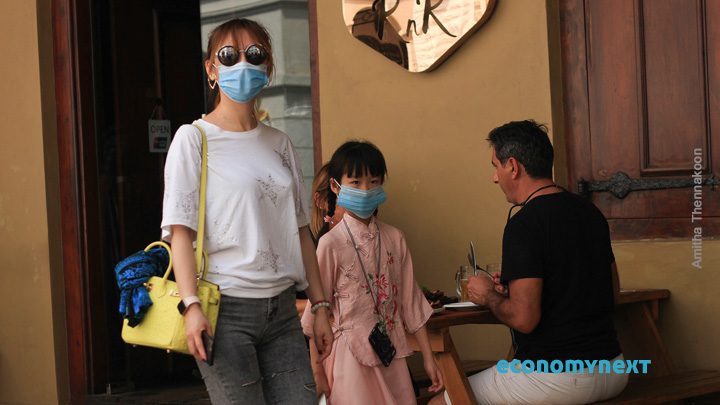 Sri Lanka’s hotels are ready to open for tourists in July if authorities give permission though health rules to contain the risk of Coronavirus is pushing up operating costs, an industry official said.

“July is speculated as the possible month of opening but we haven’t received any official communications yet,” Sanath Ukwatter, Chairman of The Sri Lanka Hotel Association of Sri Lanka (THASL) said.

“We haven’t received any official messages from the governments on when we can open at least for the local tourists and perhaps foreign travellers after the airports are open. And we are very eager to start our operations.”

He was speaking at an online forum organized by Sri Lanka Tourism Alliance, an industry association.

“We don’t expect much business but late December onwards we will get quite a large number of inquiries’ which we will be able to turn to bookings.” Ukwatte said.

Sri Lanka Tourism Development Authority (SLTDA) had circulated a set of guidelines, for which feed back has been sent.

The guidelines were in the lines of those proposed by the World Health Organization and also Singapore he said.

They covered the entire journey of a guest from arrival to departure.

“We have already sent our feedback and we are waiting for a reply from SLTDA,” he said.

The experience of other Asian nations such as Vietnam, probably the global leader in the Coronavirus battle, showed that bars, where people sat and talked – as well as parties – were among the most dangerous in the spread of Coronavirus, observers familiar with the battle say.

Vietnam’s most problematic cluster, relating to the so-called Buddha Bar incident, was triggered by British nationals. Britain had been practising ‘herd immunity’ initially and its role in making the Wuhan epidemic a global pandemic is not yet clear.

Vietnam has already opened its domestic economy and relaxed controls.

Sri Lanka has also been aggressively contact tracing, but initial reluctance to test outside of clusters started by symptomatic cases led to a surge. The testing gaps have mostly been closed except that voluntary testing is still banned.

Ukwatte said the main problem faced by small and medium sector hotels is high cost of maintaining the guidelines in their premises.

“The problem is mainly the cost. Implementation of these guidelines comes with an investment and increasing the work load.” Ukwatte said.

“That means you need to hire additional hands. Two, three and four star hotels can be reluctant to make additional investments at this moment. Especially in Sri Lanka they are struggling to pay wages.”

Ukwatte said the hotels have also need to train their staff to face the Covid 19 situations in the hotels and bear the cost.

“Hoteliers must reassure our customers both local and foreign that their hotels are safe places to visit. And also our team members.” Ukwatte said.

“So it is not only about having sanitizers, cleaning hands or wearing masks. But we need to mobilize our
team members to follow protocol through an enhanced training and establishing a task force in each hotel to help cover all points of guests.”

“I think covid 19 is going to stay here and we have to live with it for a while. And the only way for us to keep moving on is by taking necessary precautions.

Higher operating costs means room rates will have to eventually move up to compensate and SMEs will not be able to charge the same rates as earlier.