How expensive will air travel be after the Covid-19 crisis? 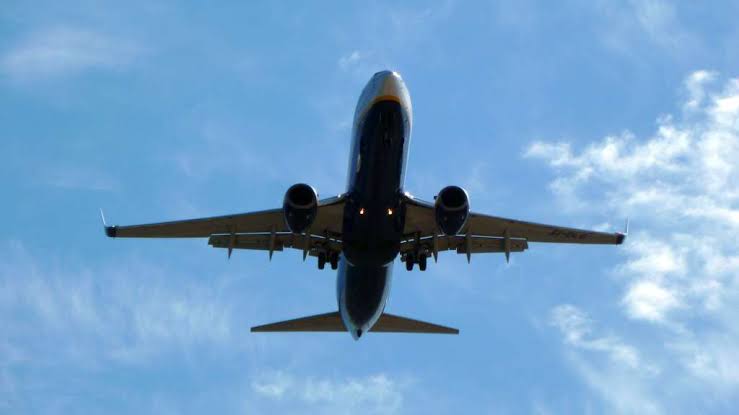 When the state of Florida began enacting stay-at-home measures and closing beaches in mid-March, in response to the threat of Covid-19, Miami-based real estate agent and artist Nadia Bouzid was in the middle of painting a mural inside a new hotel in Cancun, Mexico.Putting down the paintbrush, she picked up her phone and began searching airfares to return home.”I watched a seat on the flight I wanted go from $200 to $70, to $350,” Bouzid tells CNN Travel. “I booked it and flew, but the flight was spookily empty. I was panicking, and the changing price made me wonder how much I’d be paying to return to finish my work, when all this is over.”As countries formulate plans towards reopening borders and businesses, and airlines begin to see a return of passenger traffic, Bouzid’s question is pertinent. What will airfares be like, when “all this” is over?

Delta Air Lines is blocking middle seats and capping flight loads through June 30 for social distancing, allowing only 50 to 60% of available seats on a flight to be booked. Other airlines adopting similar controls include Emirates, American Airlines, Japan Airlines, United and more.Many other airlines are allowing bookings as normal, with one going so far as attempting to have passengers pay to observe social distancing. On May 4, ultra-low-cost US carrier Frontier Airlines announced a “More Room” fee, purchasable for flights between May 8 and August 31. With this fee, a passenger could pay from $39 each way to guarantee that the middle seat stays unoccupied.The fee lasted all of 48 hours; late on May 6, the airline rescinded the plan after it received criticism from members of the United States Congress.”We recognize the concerns raised that we are profiting from safety and this was never our intent,” Frontier CEO Barry Biffle said in a letter to the lawmakers.Nonetheless, it’s IATA, the global airline trade association, that wants to have the last word on the issue of social distancing on aircraft. Its May 5 press release advocates against forcing airlines to block middle seats.”IATA is essentially saying that airlines’ financial health matters more than the health of their employees or customers,” says Henry Harteveldt, airline analyst at Atmosphere Research Group. “That press release includes an estimate that airfares will have to increase if carriers are required to leave middle seats open. If demand remains low, and airlines have to compete for a limited number of travelers, airfares will likely use low fares to attract as many travelers as they’re able.”What’s crucial to restoring that demand, says Harteveldt, is first restoring a sense of safety.”Fear and trust will be the two emotions at the forefront of people’s minds when planning a trip, and if a person doesn’t feel an airline adequately respects their health, they will find an airline that does.”Masks, face shields, temperature screening, social distancing… the future of air travel will look radically different from the past. CNN’s Richard Quest looks at how global airlines are changing travel to try and keep people safe in the face of the coronavirus outbreak.

Oil prices are dropping, so will airfares go lower?

Blended and refined, crude oil becomes the jet fuel needed to literally power aviation. Airlines levy fuel surcharges to help pay for it, which are included in the final ticket price as a “YQ” fee, which accounts for variations in fuel cost. At the end of April, prices for barrels of crude oil dropped off a cliff.For a standard British Airways economy round-trip ticket between London and Johannesburg for a trip in August 2020, the YQ fuel surcharge is £189, 30% of the total £610 airfare (that’s a $229 surcharge making up a $737 fare). Would British Airways seek to pass potential savings on jet fuel prices to passengers, by removing or lessening fuel surcharges? If only it was so simple.”Jet fuel typically accounts for 20-25% of an airline’s operating expenses,” Manoel Suhet tells CNN Travel. Suhet, CEO at Business Traveler Deals and a former airline executive with a background in international oil distribution, weighs that if crude oil and jet fuel prices continue to decline, air carriers may benefit from this lower price environment, but it will hardly be immediate.”Many airlines use fuel hedging to minimize the risk of fuel price volatility by agreeing to purchase a certain amount of oil in the future at a set price,” says Suhet. “And the airlines are adapting these strategies to the current climate, to improve cash-flow position by streamlining costs.”