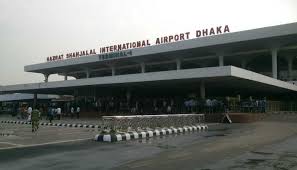 The frequency of special and charter flights on international routes to and from Hazrat Shahjalal International Airport has been increasing  over the last few days compared to April after the government slapped restrictions on the air movement at the end of March.

Civil Aviation Authorities, Bangladesh officials said that they were monitoring whether safety and security was ensured during the travels of the outbound foreigners and inbound Bangladeshis.

On Wednesday, seven special flights landed at the airport bringing back several hundred Bangladeshis either stranded due to sudden shutdown over Covid-19 or deported from countries, said airport officials.

The Civil Aviation Authority of Bangladesh officials said that a Singapore Airlines plane landed at about 2:19pm with 216 passengers while returned with only eight.

A US-Bangla charted flight from Chennai in India landed at 3:00pm with 169 Bangladeshis, the officials said. A flight of Malindo Air landed with Bangladeshis from Malaysia in the afternoon.

A Jazeera Air plane landed in the evening with deported Bangladeshis from Kuwait while another flight from Kuwait was scheduled to land in the night, the officials said.  A flight with 169 Indian nationals, mostly students left Dhaka for Sri Nagor in India, the Indian High Commission in Dhaka said.

According to the airport management, on Sunday two flights — Biman Bangladesh Airlines to London and Qatar Airways to Canada — left Dhaka while five flights — Qatar Airways from Doha, US-Bangla from India, Gulf Air from Bahrain, Biman from Kolkata and Korean Air from South Korea — arrived in Dhaka.

Besides, airport director Group Captain AHM Touhid-ul Ahsan said, two flights—one of Air India and another of Pakistan International Airlines — left Dhaka while four flights — Biman from Mumbai, PIA with 11 passengers and two Jazeera Airways flights from Kuwait with 300 passengers — were scheduled to land at the Dhaka airport until night.

Of those, airport officials said, the special Biman flight from Mumbai landed at the airport with 88 passengers.

The Bangladesh High Commission in New Delhi said on Tuesday that special flights were being operated, in the third phase, from Kolkata on May 10, Chennai on May 13-14, Mumbai on May 12, Bengaluru on May 13 and Delhi on May 14.

There is no plan to operate further special flights from India but the decision could be reconsidered based on the number of interested passengers, the mission added.

On May 5, Bangladesh extended the ongoing ban on flight operations, for the fifth consecutive time till May 16, to and from all European countries and the nations including India that restricted the entry of Bangladeshis to their territories as well as on all domestic routes over the coronavirus scare.

According to CAAB, at least 6,084 passengers, mostly foreign nationals, left only from Dhaka on special flight between March 26 and May 5.

Of them, 1,685 British nationals or residents and their dependents flew out on nine special flights managed by the British High Commission in Dhaka between March 26 and April 26.

On the other hand, the United States managed return home of their 1,298 citizens on six flights in the period and Canada ferried 471 nationals.