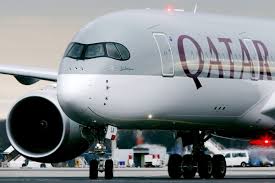 Qatar Airways, the third-largest shareholder in Cathay Pacific, said it was willing to provide an equity injection into Hong Kong’s financially battered flagship carrier if approached.

“Cathay is a well-established company and as a shareholder, if Cathay Pacific were to approach us for an equity injection, we will definitely support them,” Al Baker, Group CEO of the Doha-based carrier, told the Post.

Qatar said it was in a position to help, despite being hit hard by the collapse in global air travel demand.

The airline holds a 9.99 per cent stake in Cathay and previously expressed interest in raising its holding, but has been restricted by the limited volume of publicly traded shares.

Cathay’s two main shareholders are Swire Pacific and Air China, which hold a 45 per cent and 29.99 per cent stake each. One way for Cathay to bolster liquidity could be to issue new shares.

In March, Singapore Airlines issued US$3.8 billion in new shares as part of a wider US$13 billion cash-raising exercise.

Qatar Airways is seeking to delay delivery of new aircraft for several years, says group chief executive Akbar Al Baker. Photo: ReutersCathay said in March it had HK$20 billion (US$2.58 billion) in unrestricted liquidity and subsequently raised HK$5.45 billion in the sale and leaseback of six Boeing 777 planes. The airline said its strong vendor relations, liquidity position and “the availability of sources of funds” meant it would remain a going concern.CORONAVIRUS UPDATEGet updates direct to your inboxSUBSCRIBEBy registering, you agree to our T&C and Privacy Policy

Qatar had decided to forgo some future revenue to offer complimentary tickets for 100,000 medical professionals, an initiative launched on Tuesday, with 5,000 tickets already taken.

Cargo revenue would make up the lion’s share of income for airlines for up to 18 months, he said. But amid the turmoil caused by the coronavirus pandemic, Qatar Airways was seeking the delay of the delivery of new aircraft for several years.

The airline, which flies to 170 destinations worldwide in normal times, would be a smaller one “only in the short term”, Baker said, adding it had already moved to substantially shrink its workforce of 45,000 people and reduce its fleet by a quarter, with a view of recovery as far away as 2023.

Qatar Airways is also one of the only ones in the business to return to a full flight schedule to mainland China, carrying vital cargo and responding to the surge in demand for air freight capacity.

Having grounded most of its fleet, it said last week it would gradually build up its flying schedule, aiming for 80 destinations by the end of June.

Of its around 110 daily freighter flights, up to 25 a day are going to or from China, which are a mix of the carrier’s 26 dedicated cargo planes and empty passenger planes.

There is a huge demand for cargo, not only from China but … from all over the worldAkbar Al Baker, Group CEO of Qatar Airways

“There is a huge demand for cargo, not only from China but … from all over the world,” said Baker, who admitted the increased revenue would not match passenger revenue “by a long shot”.

He added: “The cargo demand will last for the foreseeable future because there will always be a big demand for cargo and … with all the airlines that are now grounding aeroplanes.”

However, Baker predicted cargo would account for “a big percentage of revenue” for at least the next year and a half as the dynamics of the business shifted away from passenger revenue.

The company is also in talks with Boeing and Airbus to delay delivery of its more than 200 Boeing and Airbus orders. “Well we are in negotiation with them, so I don’t want to talk about this, but yes it will be deferred for several years,” he said. Qatar Airways previously committed to taking all placed orders, including the Boeing 737 MAX and Boeing 777X plane.

The Qatari carrier has taken positions in other leading airlines, adding a 5 per cent stake in China Southern Airlines, a 25.1 per cent holding in British Airways-parent IAG and a 10 per cent stake in South American carrier Latam.Help us understand what you are interested in so that we can improve SCMP and provide a better experience for you. We would like to invite you to take this five-minute survey on how you engage with SCMP and the news.