Denpasar plans to restrict access, allowing only those with ‘clear purpose’ to enter city 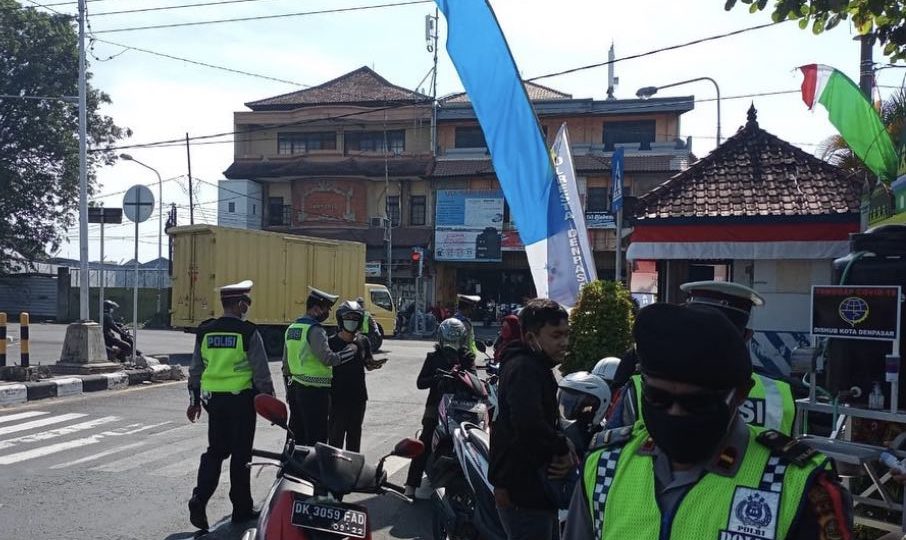 Denpasar is planning to restrict access at the city borders, allowing only those with urgent and relevant purposes to enter the provincial capital.

Though the new restrictions, which are reportedly yet to be finalized, are scheduled to officially begin on May 15, officials appear to have set up monitoring posts across the city.

According to an Instagram post uploaded by the Denpasar City Government, “those without a clear purpose in visiting Denpasar, without adequate proof, purpose or urgency, will be redirected back to their places of origins.”

The spokesman for the Denpasar Task Force, Dewa Gede Rai, said today that work reasons are considered a clear purpose.

“A clear purpose of working or economic reasons … as long as they strictly adhere to health protocol, and are clear about where they are headed and what they will be doing,” Dewa Rai said.

In addition, those entering Denpasar will be subject to rapid tests.

“Should the result appear ‘reactive’ we will immediately direct them to do a swab test, and if that comes out positive then we will quarantine them promptly,” Dewa Rai said.

The Bali province has confirmed 311 COVID-19 cases as of yesterday afternoon. The provincial government has yet to implement the central government’s Large-Scale Social Restrictions (PSBB) protocol, though a village in Bangli regency was put on lockdown recently after results of rapid tests indicated that hundreds of residents may have been infected with the coronavirus.

Denpasar accounts for 57 COVID-19 cases of the island in total, with two deaths and 46 recoveries.