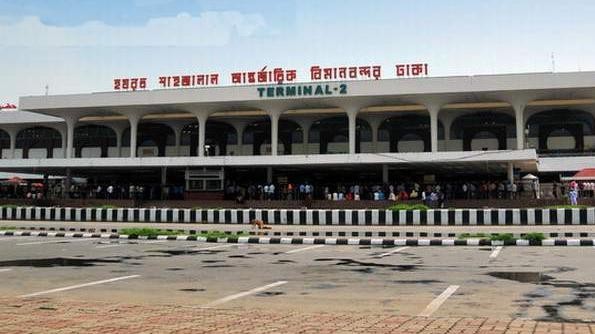 The Bangladesh Air Force Welfare Trust, with support of the foreign ministry, took the initiative to operate the special flight.

Earlier in the morning, around 54 Bangladeshi-origin citizens of the UK came to Dhaka from Sylhet aboard a special flight of Novo Air, to catch the Biman flight to London.

Around 1300 stranded British nationals, most of whom are expatriate Bangladeshis residing permanently in the UK, have so far left Dhaka by special chartered flights arranged by the UK government in coordination with the British High Commission in Bangladesh, sources at HSIA said.

Bangladeshi citizens stranded in the UK are scheduled to be brought back to the country tomorrow morning, Tahera Khandaker, deputy general manager (public relations) at Biman, told The Daily Star.

The number of passengers on the return flight is yet to be finalised, she added.

The Bangladesh government suspended air communication with all countries except for China from March 16 to stop the spread of the deadly coronavirus.