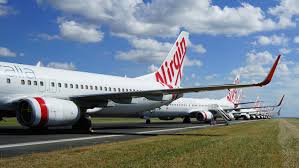 Singapore Airlines Group saysits financial exposure to Virgin Australia is limited and it is not obliged to inject capital.

“On the recent announcement of Virgin Australia entering into voluntary administration, the SIA Group has no requirement or obligation to provide capital to Virgin Australia,” it said today in a trading update.

“We have been equity accounting for our share of losses in Virgin Australia. As at 31 December 2019, our carrying value was zero and we have no exposure to further losses incurred by the company.

“We have no outstanding loans to the airline.”

Virgin Australia announced on 21 April that it was entering voluntary administration. Administrator Deloitte said on 30 April, after the first creditors meeting, that the airline expects to receive binding offers in June and is confident of achieving a sale by month-end.

SIA Group’s latest FY 2019 report shows that the carrying amount of its investment in Virgin Australia was S$315 million ($223 million) as at 31 March 2019. This encompassed a S$190 million share of Virgin Australia’s net assets.

The same report states that a S$116 million share of Virgin Australia’s losses was among the non-operating items that impacted SIA Group’s FY 2019 net profit, though Virgin Australia’s performance had been impacted by major non-cash accounting adjustments.