Hot and Trending in 85 Countries is rebuilding travel

90% of small businesses may close in 10 US States 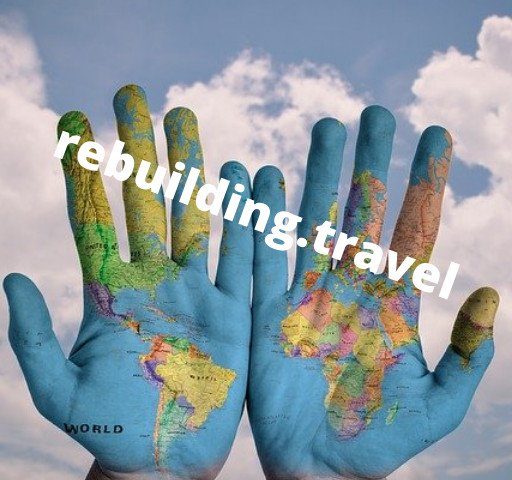 Generation C are all of us in the travel and tourism industry and the traveling public. Generation C is the generation or visitors after COVID-19. All of us have an interest in rebuilding.travel.

The only 2-week young grassroots movement rebuilding.travel is already a trendsetter in 85 countries with top leaders in the private and public sector, and stakeholders of all sizes joining in.

At the Caribbean Tourism Organization UK meeting last week, Jamaica’s minister of tourism, the Hon. Edmund Bartlett branded this new Generation C definition,Rebuilding.travel adopted Generation C as a grassroots movement. Rebuilding.travel was formed by the International Coalition of Tourism Partners and inspired by Project Hope organized by the African Tourism Board.

Within one week organizations, including SKAL International, ETOA, representatives from WTTC, the  Global Tourism Resilience and Crisis Management Center, current and former ministers of tourism, heads of tourism boards,  a Royal Highness from Saudi Arabia, the head of the  Global Tourism Resilience and Crisis Management Center, the founder of the International Institute for Peace Through Tourism, leaders from the safety and security field, executives from the hospitality, cruise, and aviation industry. Personalities in research, consulting, PR and marketing, universities, and news publications are coming together to rebuild.travel.

Rebuilding.travel has now supporters in 85 countries. This is before one dime was invested and before a clear structure was developed. The travel and tourism world is hungry if not desperate for communication, cooperation, and a “make sense approach” to preserve the human right of travel.

The founder, ICTP Chairman Juergen Steinmetz, who is also the founding chair of the African Tourism Board and president of the Travel News Group, said: “I am very humbled to see such a fantastic response. Bringing such brilliant leaders together to brainstorm and discuss the future of our industry is a necessary conversation we need to have now.”

Dr. Taleb Rifai, former Secretary-General of the World Tourism Organization (UNWTO),explained that the efforts of the foundation of Project Hope in Africa he also chairs, are to rebuild travel in two phases: Containment and Recovery. Containment is the initial response to a crisis, and Recovery deals with the realities of issues such as unemployment and economic downturn. Taleb said tourism is nothing without travel and that there are 4 platforms to bring tourism back:

Dr. Rifai added that special arrangements may need to be taken into consideration. They include, corona-free zones like beaches and geographic districts where the country has prepared to receive visitors where they will feel safe.

Alain St.Ange, the former Minister of Tourism of Seychelles, and president of the African Tourism Organization spoke about Project Hope for Africa. He said that in addition to Domestic Tourism, Regional Tourism must be addressed. Seychelles believes because the country is small, they have seen the peak of COVID-19. Their size has allowed them to trace the movement of people which allows them to help and advise in forums such as this. He said that virtual areas will become more important, and while it is more difficult to work with, it is do-able.

Steinmetz stated that the current Seychelles President said they are ready to open the airport with mainly cargo flights and private jets arriving at first and larger airlines coming later. The airport must then assure that people arriving are processed through a strict screening. As far as cruises, this will follow suit like the airlines, with smaller yachts first allowed to come to the islands. Tourism source markets, however, are still under lockdown.

Vijay Poonoosamy, Singapore-based Director International and Public Affairs of the QI Group, and former VP of Etihad Airways, commended this Rebuilding Travel initiative, citing it as having critical value for the travel and tourism industry. He said it will not be the same world – we are already living in the new normal. Airlines and cruises are the most affected. Airlines that are well run are facing challenges as airlines that are not well run are filing for bankruptcy. The question that must be answered is how do we help the airlines to reshape and survive? Emphasis on domestic and regional tourism will get the sector up and running.