Tourism and Oil revenue gone : North Africa on the Edge of Collapse 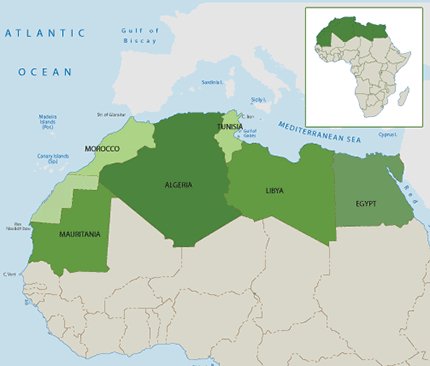 According to official figures, Morocco has recorded 4,065 COVID-19 infections and 161 deaths from the novel coronavirus; Algeria 3,382 cases and 425 deaths; Tunisia 939 cases and 38 deaths; and Libya 61 cases and two deaths.

The novel coronavirus was late in arriving to North Africa but the number of COVID-19 cases has been increasing rapidly.

According to official figures, Morocco has recorded 4,065 infections and 161 deaths from the novel coronavirus; Algeria 3,382 cases and 425 deaths; Tunisia 939 cases and 38 deaths; and Libya 61 cases and two deaths.

Goumrassa explained that most infections were transmitted through Algerians who arrived from Europe, especially Spain and France, “who infected their relatives and surroundings, which contributed directly to spreading the virus.”

He pointed out that unlike Algerian and Libya, whose economies are almost entirely dependent on revenue from oil and natural gas exports, Tunisia and Morocco used to rely mainly on tourism. Both sectors have been devastated by the global pandemic.

“Since 2014, Algeria has been facing a crisis of a shortfall of financial resources due to the decrease in oil prices. Now that the prices have collapsed, the situation has become even more complex,” he said.

Goumrassa said the Algerian government was trying to reassure citizens that the situation was under control.

But, he added, “Financial experts were pessimistic even before the coronavirus crisis. I don’t think the government is capable of raising the [tax] burden on the economy; there’s a deficit. Algeria will face a genuinely unprecedented crisis.”

International medical experts had predicted that Chinese workers would transmit COVID-19 to Africa but they subsequently affirmed the diagnosed cases arrived via Europe. As a consequence, most African countries suspended flights and closed their borders.

In civil war-torn Libya, Ziad Dghem, a member of the Tobruk-based House of Representatives (the so-called “Tobruk government” to which the Libyan National Army has declared loyalty) and founder of the Federal Movement in Libya, told The Media Line that the situation was not good at the political level, and certainly not on the security, living and economic levels, “especially with the crisis in oil prices that impacts enormously on a country like Libya, whose only economic resource is oil.”

However, Dghem indicated that the small population and large oil reserves would help the country weather the crisis.

Donia Bin Othman, a lawyer and political analyst, told The Media Line that Tunisians had been under home quarantine for more than a month. Since the beginning of the crisis, the government had focused on populations that were particularity vulnerable to the virus, and taken urgent decisions to subsidize small and medium-sized economic institutions.

“With regard to economic preparations, the prime minister announced social aid to about 900,000 families totaling an estimated at $50 million (145 million Tunisian dinars),” Bin Othman elaborated. “In addition, $100 million (290 million dinars) were allocated to institutions and unemployed people due to the repercussions of the coronavirus crisis.”

Moreover, she said that the state had pledged to provide 60,000 parcels of foodstuffs through the Tunisian Union for Social Security, to be delivered to homes between April 3 and the end of Ramadan.

“There is a great effort being made, and the most important thing is the digitization of work at the level of the Ministry of Social Affairs. There is no doubt that something positive has come out of this crisis: we were forced to work fast on digitization, and we must continue this after the crisis and generalize it at all levels,” Bin Othman said.

She added that such technology-facilitated and simplified government procedures, bringing services closer to the citizen and helping to reduce corruption and frustrate corrupt people. “The more we reduce the number of people who intervene at the administrative level, the more we reduce opportunities for bribery,” Bin Othman said.

The COVID-19 crisis highlighted the importance of public health and of the public sector in general, and how important it was to invest more in these sectors and in reforms, she said.

“This crisis must lead to the emergence of a new world that is more concerned about the environment and our planet, as well as people who work to develop renewable energies and redefine the state, power, and morals in society, and social policies,” Bin Othman said.