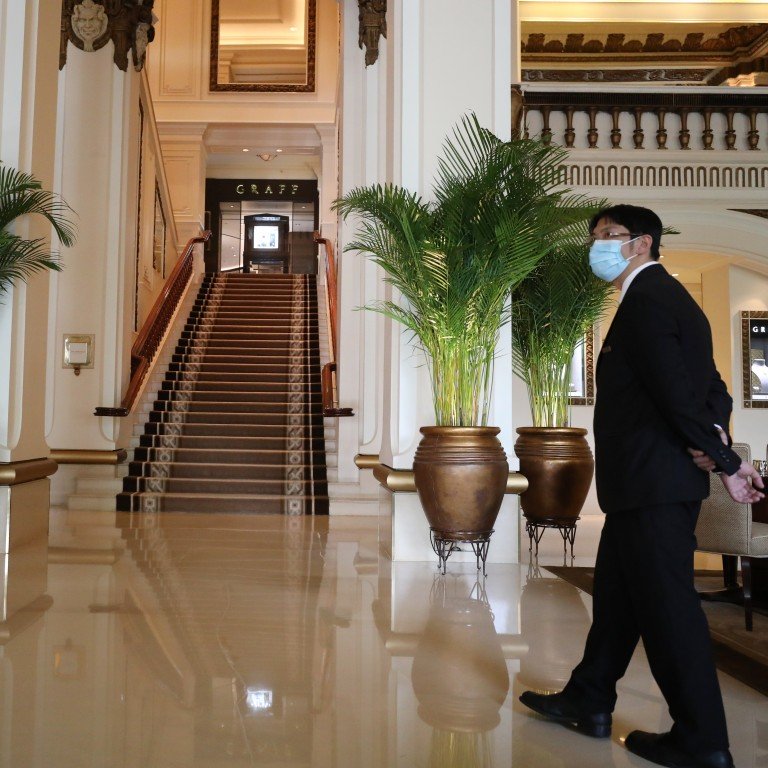 In the first analysis of full profit-and-loss performance since the COVID-19 pandemic swept through the global hospitality industry, March was expectedly a brutal month, with the U.S., Europe, Asia and Middle East all recording year-over-year profit drops of 100% or more, as the virus’ spread continued unabated, all but shutting down travel.

To date, there are more than 2.7 million cases of COVID-19 globally, a third of which are in the U.S., where hotel performance predictably nosedived in March, after a mostly banal February.

Gross operating profit per available room (GOPPAR) was down 110.6% YOY to $-12.71. The triple-digit drop was by far the largest percentage decline ever recorded by the industry experts since they started charting U.S. data. The previous high was -10.4% in March 2015. March 2020 also marked the first time that the U.S. recorded a negative GOPPAR value.

The decrease in GOPPAR was a result of mammoth drops on the revenue side. RevPAR for the month was down 64.4%, heavily influenced by a 48.8-percentage-point drop in occupancy to 31.5%. The presumption is that April occupancy will suffer even more, as many hotels were still open in early March.

The decline in RevPAR, combined with a more than 65% drop in total F&B RevPAR, led to a 62.1% decrease in total revenue (TRevPAR), the greatest decrease since January 2016, when TRevPAR was down 8.2% YOY.

As the top line dried up, expenses in March receded, too, on a per-available-room basis, but still ate into the already attenuated revenue. All undistributed expenses came down, while total labor costs on a per-available-room basis were down 21% YOY. However, savings in payroll did not match drops in revenue, since many hotels still had to maintain certain levels of staffing, even amid shuttered hotels.

Profit margin for the month turned negative, down 52.8 percentage points to -11.6%.

Performance in Europe inevitably nosedived, too. While February data was unremarkable, March saw GOPPAR for the month fall a record 115.9%, the biggest YOY decline since April 2009, when GOPPAR dropped 37.9% in the thick of the Global Financial Crisis. It was the first time since HotStats began tracking monthly European data in October 1996 that GOPPAR as a value turned negative at -€8.33.

RevPAR was down 66.2% YOY, the result of a 44.6-percentage-point drop in occupancy, combined with an 11% YOY drop in average rate. As all ancillary revenue plummeted, it brought TRevPAR down 61.6%, again the largest YOY drop in the KPI since April 2009, when TRevPAR declined 23.5%.

The data show that COVID-19 is hitting revenue and profit ~3x harder than the Global Financial Crisis and ~4x harder than 9/11.

Sinking revenue was accompanied by double-digit expense drops, the product of hotel closures, scaled-back operations and lighter staffing. Labor costs were down 28.8% YOY on a per-available-room basis.

Total overhead costs were down 25.3% YOY.

Profit margin was down 45.7 percentage points to -13.1%, the first time a negative profit margin for the region was recorded.

Hotel industry punditry looked at February performance results from Asia-Pacific as a sign of what was to come for the rest of the world, since the region, particularly China, was impacted multiple weeks prior to the U.S., Europe and the Middle East.

The good news out of parts of the region is that the disease’s advance is slowing. Still, the region as a whole could not escape a baneful March, marked by a 117.8% decline in GOPPAR, another record drop, besting the record only set a month earlier, when GOPPAR was down 98.9%.

After a breakeven February in GOPPAR as a value, it turned negative in March at -$11.22.

The intensified loss in March is a likely predictor of amplified losses for both the U.S., Europe and Middle East in April.

Following the trend, TRevPAR in the month was down a record 75.3% YOY, besting its previous record of -52.5% YOY achieved a month earlier. Rooms and F&B revenue declines dragged total revenue down, with the former declining 76.2% YOY.

Total overhead costs on a per-available-room basis were down 40% YOY.

Profit margin for the month fell into negative territory at -27.4% after scratching out a narrowly positive margin in February at 0.9%.

China, the recognized genesis of the coronavirus, continues to suffer negative performance across the breadth of KPIs month to month, but there are signs of improvement. Occupancy in March inched up 7.3 percentage points over February, and while GOPPAR was still in the red, it was 64% higher in March over February in dollar value.

In Hubei province, where the coronavirus was first detected, occupancy in March was already up to 58.9%, only an 11-percentage-point decrease from the same time a year ago. Though much of that occupancy is likely a function of medical workers using the hotels for accommodations, GOPPAR was positive for the month at $22.60, after a negative month of February.

The Middle East, too, was not spared in March. Though GOPPAR didn’t suffer the ignominy of turning negative on a dollar basis, it was down 98.4% YOY, a record for the region and highest since it was down 74.3% YOY in July 2013, a time of civil unrest that included the Egyptian coup.

Expenses followed a similar trajectory as the other regions, dipping YOY, but still taking up a large chunk of revenue. Labor costs came down 25.8% YOY but were up 23.6 percentage points as a percentage of total revenue.

Total overhead costs on a per-available-room basis were down 27% YOY.

Profit margin for the month was barely positive at 1.5%.

As COVID-19 conceivably lessens or peters out in the ensuing weeks and months and hotels reopen, expectations are that hotel performance will pick up from the depths it is in currently. But with demand tied closely to GDP growth and expectations of double-digit drops in the second quarter across the globe, hoteliers will be hard-pressed to generate a modicum of revenue throughout the rest of the year and likely will have to wait until there is a vaccine to see profits normalize.