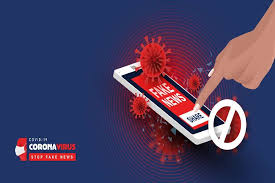 India’s Ministry of Tourism has issued a statement dismissing all the rumours doing rounds on social media. There have been rumours that hotels and restaurantswill remain closed till October 15 because of the Coronavirus outbreak. The ministry clarified that there has been no such notification issued by them or any concerned authorities.

Cyber Crime Unit, Mumbai Police has initiated investigation into fake news being circulated in @tourismgoi‘s name. Respective authorities will take action against guilty individuals, including but not limited to initiation of criminal proceedings under relevant laws.

2532:08 PM – Apr 22, 2020Twitter Ads info and privacy108 people are talking about this
The Ministry had to issue the clarification note after a letter started circulating on various social media platforms, saying that the government has asked hotels/restaurants to remain shut till October 15. As the news started creating panic in the tourism sector, the government decided to issue a formal clarification note.