How Some Boeing 737s Are Equipped To Land On Gravel

How Hospitality and Retail Businesses can Survive the Coronavirus Shutdown 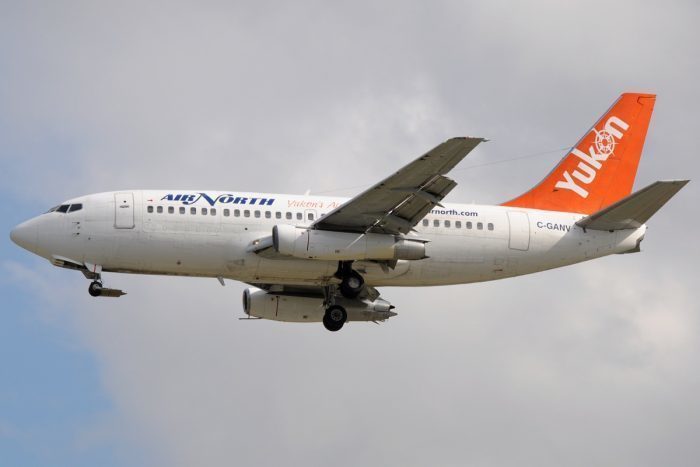 Not all runways are smooth; some are rough surfaces such as gravel while others use grass or sand surfaces. This has implications for which aircraft can use them. A modification kit was offered to help the Boeing 737 with gravel runway landings, and in this article, we explore the details.

Not all aircraft can safely land on unpaved surfaces, with the potential to damage the engines, gear structures, or fuselage. This is usually limited to smaller aircraft, rather than larger jets. One of the limited solutions made available, though, was for early Boeing 737 aircraft. From 1969, Boeing made an optional Unpaved Strip Kit available for their 737-100 and 737-200 series aircraft.

These kits made several modifications to the aircraft to enable them to operate more safely from gravel surfaces. There were also several guidelines for the type of surface suitable. These included:Advertisement:

So what modifications were made to the aircraft? The kits offered several changes and additions to the 737, designed to protect the fuselage and engines from gravel damage, and also to reduce wear and maintenance expense. These details for the kits are based on coverage at The 737 Information Site.

These structural modifications, of course, brought changes to the operating procedures and limits for the aircraft. For example, the maximum speed for gear operation was reduced, and when landing limits were placed on the use of reverse thrust. There were also guidelines for reducing tire pressure, depending on how soft the surface was.Advertisement:

Mostly used in Canada and Alaska

According to discussion on b737.org.uk, at peak level, there were over 2,000 Boeing 737 operations a year from unpaved runways. These were mostly runways in Alaska and Canada, many of them serving remote locations. Airlines that have made use of the kits include Alaska Airlines, Canadian North, First Air, Air Inuit, Nolinor, and Air North. They were mostly fitted to the 737-200C (Combi version – allowing easy conversion between passenger and freight use).

As of early 2020, a few of these airlines are still flying 737s with Unpaved Strip Kits. Nolinor Aviation in Canada operates up to nine 737-200C aircraft, Air Inuit operates four, and Canadian North operates two (according to fleet data on Wikipedia).

Alaska Airlines retired its eight 737-200C aircraft by 2007. These were replaced with 737-400 Combi aircraft, without any conversion for gravel landings.Advertisement:

Unpaved Strip Kits have not been made available for newer 737s, and are a rare sight now. Over time, many runways have been upgraded (this has certainly helped Alaska Airlines, for example), and the northern Canadian airlines do have other aircraft in their fleets that can land on rough surfaces.