How Hospitality and Retail Businesses can Survive the Coronavirus Shutdown

How Some Boeing 737s Are Equipped To Land On Gravel 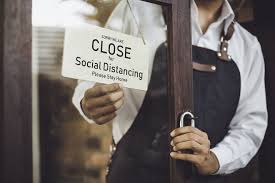 Policymakers around the world have enforced an unprecedented shutdown of public life to slow down the spread of the coronavirus. As a consequence, entire sectors of the economy have seen their revenues collapse to zero. At the time of this publication, it appears that the shutdown will be a matter of months rather than just a few weeks. Yet, to date, no coherent political-economic strategy exists on how businesses may potentially survive a prolonged period without any revenues. Many hospitality and retail businesses are about to be sacrificed in the name of public health.

A wave of insolvencies would cause irreversible harm to the economy in the form of mass unemployment, unprecedented levels of business loan defaults and a substantial decline in real estate values. Politicians urgently need to put in place framework conditions that can temporarily relieve businesses of their financial obligations, in particular a suspension of payments for salaries, rents, and debt services. The short-term economic costs are minor compared to the long-term harm our economies face today if businesses do not survive. We have a chance for a v-shaped recovery if we act now.

1) Relieving businesses from salary payments now to save jobs long-term Kurzarbeit, or short-time work has been called one of Germany’s most successful exports during the last financial crisis. The short-time work system enables businesses to hit by a downturn to send their workers home or radically reduce their hours, and the state will replace a large part of their lost income. The system enables businesses to retain skilled workers and was one of the reasons why Germany recovered so quickly from the 2008-2009 global financial crisis. Meanwhile, Austria, Denmark, Norway, Sweden, and Switzerland have all followed Germany by introducing subsidies for workers that would otherwise be laid off. If short-time work is not an option, many business owners will have no other choice than to lay off staff in order to protect their companies from insolvency. Indeed, while the laid-off staff is ideally reemployed as soon as the economy recovers, some workers may in the meantime have found other jobs, and some firms may not rehire all of the laid-off staff. Short-time work is a superior policy to address this crisis. It doesn`t burden social welfare systems more than unemployment claims. However, it represents a less bureaucratic option when it is needed the most, while also maximizing the number of jobs retained following the crisis.

2) Relieving businesses from rental payments to maintain real estate values in the long run Rental payments are the second major expense that threatens the survival of businesses during the corona shutdown. From a financial perspective, a suspension of rental payments would share the economic burden of the shutdown between the business operator and the real estate owner. In fact, such an effort of solidarity may be in the best interest of real estate owners, since the stability of hospitality and retail real estate values is tightly linked to the health of the underlying businesses. In the 2008-2009 global financial crisis, retail and hotel real estate assets in the U.S. lost between 40-50% of their values. In a normal recession, real estate owners can hope to replace insolvent businesses with the next tenant waiting in the line. A systemic wave of business failures, however, could lead to a structural decline in the demand for hospitality and retail space. The resulting increase in vacancy rates and drop in market rents may lead to an even sharper drop of real estate values in this crisis. Real estate owners effectively find themselves in a prisoner`s dilemma. In fact, they should unitedly strive to maximize the survival chances of all tenants. With vacancy rates stabilizing around pre-crisis levels and tenants resuming the payment of contract rents, real estate values were likely to remain stable in the long run. Unfortunately, individual real estate owners have an incentive to insist on rental payments as long as their tenant remains solvent. In aggregate, such short-termism may prove to be a Pyrrhic victory, since it would only lead to more insolvencies. To avoid such an outcome, associations of real estate owners may or may not successfully work towards a unified response. Government intervention would be a safer route to overcome the prisoner`s dilemma. In turn, affected real estate owners should be granted a temporary suspension of debt service payments for real estate loans.

3) Suspending debt-service payments now to avoid a banking crisis due to credit defaults Interest and loan repayments represent the third major barrier for business owners without any revenues to survive the corona shutdown. Many business owners would be forced into bankruptcy should banks insist on contractual debt service payments. As far as the loans are recoverable, banks would be tasked with the liquidation of assets such as restaurant and kitchen equipment – an unpromising endeavor in a post-coronavirus recession. As a result, banks were about to face drastic write-downs on outstanding loan balances. It is important to note that the vast majority of hospitality and retail businesses are not structurally distressed. They are ready to re-establish business operations as soon as the shutdown is resolved. An extraordinary suspension of debt service payments would thus be in the best interest of banks to maximize the chances of business survival. If debt obligations are merely fulfilled a little later, they would have only minor impacts on bank profits. In many cases, financiers will deliberately accept a suspension of debt service payments. However, too many banks may prefer a time-consuming case-by-case examination. Similar to the prisoner`s dilemma of real estate owners, all involved stakeholders would benefit from a government intervention that lets businesses directly impacted by the shutdown postpone debt payments.

In summary, the hospitality and the retail sectors are facing existential threats due to the coronavirus shutdown. The described first-order effects alone put enormous stress on the economy and social welfare systems. Moreover, we should expect significant second and third-order spillover effects on other parts of the economy. Politicians need to act fast to provide a framework that allows struggling businesses to cut costs quickly in order to ensure their survival.

A government-backed halt on major financial obligations would give them the breathing room they need to survive. Moreover, it would drastically reduce the level of uncertainty among all involved stakeholders and provide them with a perspective on how to cope with even a multi-month shutdown, should this be necessary. We have one chance for a v-shaped recovery – by fighting the impact of the coronavirus on the economy as consequently as the virus itself.

International travel largely on hold despite an uptick in May