This Is How Flights Will Change Post-Coronavirus 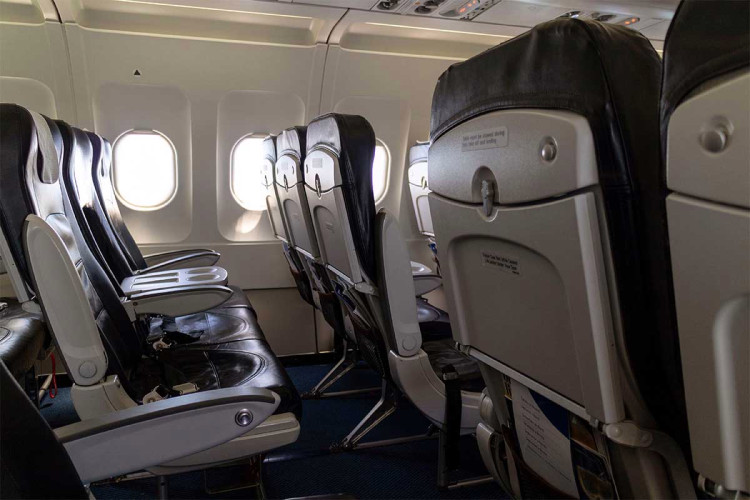 The after-effects of the current COVID-19 pandemic on the airline industry and flying itself will be very noticeable to passengers.

To start: The middle seat might be a thing of the past. Overhead luggage space might actually be available. And flight prices will most certainly go down … unless they go up (more on this in a minute). And then things will probably revert to 2019 levels of discomfort.

As Reuters reports, the low-cost Hungarian airline Wizz Air has made plans to fly jets only two-thirds full to allow more space between passengers (the airline is also looking into protective gear for passengers, so masks may become the in-flight norm).

And Alexandre de Juniac, the director general of the International Air Transport Association (IATA), has said that leaving that middle seat vacant was probably going to be a condition for the resumption of air travel around the world. So while airlines desperately need passengers to return when it’s deemed safe — which could lead to price cuts — airlines usually only break even on a flight that’s 75 percent full or greater. And if you’re cutting out 33 percent of seats … well, you can do the math.

“If we ask for distancing in the aircraft we will have to neutralize a great number of seats and so it means that … you need to raise prices. So you have contradictory trends,” de Juniac noted in a recent interview.

While other reports also claim airline fares may double in the near future, the “inelastic demand” created by nervous passengers may entice airlines (that can afford to even stay in business) to offer cheap deals.

But as aviation analyst and Airlines Confidential podcast host Seth Kaplan told Lonely Planet, we’re looking at a future of cheap seats. “An important reality is that so much wealth has evaporated due to the economic consequences of the pandemic that businesses and consumers just won’t have enough money in the near and mid-term to pay a lot of money for airline tickets,” he says. “In the end, airlines can’t charge what they wish people would pay; they can only charge what they’re willing to pay. In other words, airlines don’t set prices per se.”